Winning Friends and Ignoring the Rest 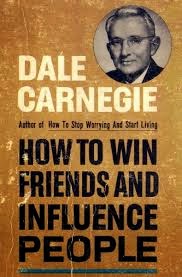 Earlier last week I wrote about a Quaker resource center in DC, William Penn House, under threat of closure. Since then, it has been established that the real culprit here is a local government bureaucrat with a grudge. Four years ago, William Penn House won a ruling against him, and he is now bitter enough to force round two. Thankfully, the basic functioning of the center will not change and most will remain as is.

An unscientific survey of the comments and words of advice I received was quite telling. Half of them supported our cause. The other half felt that we were benefiting from an unfair standard, that we were somehow gaming the system for our own advantage. This is worth further analysis, because the roots of these strong opinions reveal more than one single Quaker House fighting for its property tax-exemption.

Some of the people who commented or sent me e-mails resent the taxes they already pay. This is the case either for themselves and their families individually, or perhaps even for a business they own. Many don't believe that any house of worship or faith group should receive tax-exempt status. As is so often the case, those of us who are religious liberals have to try to find some way to counter the sins of religious social conservatives.

The behavior of televangelists and hypocritical bigots, in particular, have soured many people. I know of a particular ex-Catholic who harbors such contempt for the Roman Catholic Church that she has gone as far to have her baptism revoked. Likewise, some conservative churches and faith groups have made no pretense to be non-partisan in their services and programming. But this resentment goes a level deeper than that. Many Americans are soured thoroughly with organized religion, seeing only its worst qualities. This breaks my heart more than any of the minutia and the petty politics.

If we as Quakers do not conduct our business in a thoroughly religious, spiritual fashion, then our critics have a point. We don't deserve tax-exemption. But to eliminate that discrepancy, we must eliminate the squeamishness we have as a faith group about outward, public displays of religiosity. In some ways, we're in a bit of a double bind. If we use the language of God talk, we're bound to have certain hearers make incorrect, negative assumptions about us. But if we are too private about our religious beliefs, as we often are now, we risk being misunderstood or, even worse, reduced to irrelevancy.

And this is where the situation lies at the moment, frozen into paralysis. There is, sad to say, a limit to what anyone can do. The bitterness that results from polarization and gridlock makes it seem that caustic defiance is the only sensible point of view. Our course of action is to look beyond, to know that pessimism and optimism are both truths with a lower-case t. Furthermore, the cynicism of our times, as I have mentioned before, is really a kind of spurned romanticism flipped inside out. Causes and systems of belief have broken our own hearts as effectively as any former lover.

Leading by example is the only real option that remains. We are the sower of Jesus' parable. Some seeds land on rocky ground and go no further. Others come to rest in soil that is not deep enough to sustain further growth. And some, as we will understand from our hard work, are lucky enough to grow into strong, supple plants.

This application is true for any group motivated by idealism, but easily led into frustration with hypocrisy and injustice. Those who grab hold of our message and remain in our company are often relatively rare, but we should always set a table of gratitude and welcoming attitudes before them. We should see them as they are, fellow pilgrims.