The Cross in Quaker Faith

The following is an excerpt from a new post titled "The Cross in Quaker Faith," which can be found on Abiding Quaker. 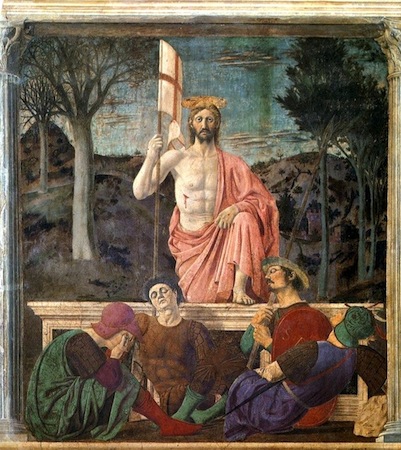 On the other hand, what if the cross is set aside as irrelevant and given no place within present-day Liberal Quaker faith and practice? Dismissing this reference point of the cross (and thereby denying the reality of the sin and alienation that it is meant to overcome) do we not humor ourselves into claiming that our best efforts and intentions are already divinely inspired? Remember the error–the profound human error–made by the Hebrews in the desert: we usurp God’s wisdom and authority and replace them with our own lesser capacities. Says Rufus Jones:

If any supposes that Friends have inclined to be “humanists” and to assume that man is so inherently good that he can lift himself by his own belt into a life of consummate truth and beauty, he has not yet caught the deeper note of Quaker faith (Quaker Spirituality, 278).

The “deeper note” to which Jones refers is the cross,“the power of God,” as Fox reminds us. By the power of God, which is known only through the inward cross, can we carry forward the hope and obligation enjoined upon us.

The traditional Quaker view of the cross limits the Power of God to those who experience the Risen Christ.  By his death Jesus ransomed all mankind not just those who experience Him as the Risen Christ or Light within.  God's will has always been that all be saved as clearly shown in Matthew 25:40.  Thankfully Quakers believe in continuing revelation so the limited understanding of even revered founders such as George Fox are not sacred.  There is a difference between the Cross and the Resurrection that should not be minimized.  They achieved two separate and distinct things:  The first restored our relationship with God so that we could have that "experiential" relationship Quakers base their religious faith on; and the second demonstrated the power of Love to overcome anything, including the physical death of these garments we call bodies.  The more we understand the renting of the veil of the Temple and the Power of Love, the more we can benefit from the freedom that Jesus offers us.  Of course I offer this as merely one person's sharing of his own continuing revelation of the divinely inspired words of the Bible George Fox based his beliefs on.

As for Jesus's death ransoming "all mankind, not just those who experience Him as the Risen Christ," Penington explains the necessity for knowledge of/union with Christ within, in the heart:

we affirm, that there is no true knowledge of him, or union with him, but in the seed or principle of his life in the heart, and that therein he appears, subdues sin, and reigns over it, in those that understand and submit to the teaching and government of his Spirit (see full quote in the above essay on Abiding Quaker).

Again, Peninton says that it is not belief that Christ saved us from our sins on the historic cross that is salvific:

So then faith is not a believing the history of the scripture…or a believing that Christ died for sinners in general, or for me in particular…but a uniting to the nature of God in Christ (see full quote in essay titled "Increase Our Faith."

These statements are true not because an early Friend wrote them, rather an early Friend wrote these statements because they are true. The  writings of early Friends convey a particular perspective (one different from other forms of Christian belief), a perspective that I find valid and descriptive of my personal experience and belief. I am grateful to have undergone the inward cross, the power of God, and to have been given to know eternal life in Christ. It is the pearl of great price.

He came unto his own, and his own received him not. But as many as received him, to them gave he power to become the sons of God, even to them that believe on his name (Jn. 1: 11-12).

One person's form of words will click for that person; another's for another.

Meanwhile 'What' those words are about is still at work, recognized or not, (70X7) + 1 times (and even more),  in this world or any other.

Since we don't have a creed I guess we are all entitled to our understanding of what is true but as Forest points out sometimes we obtain individual life changing revelations by how a form of words get through to us.  I used to know a young man who loved God and read the bible regularly but experienced a significant change in his understanding of the Bible by simply reading it in German instead of the English he was accustomed to while he was studying German in Germany.  While I have a personal relationship with Jesus of an experiential nature I don't believe that puts me in a special class, It just makes my life a lot less stressful knowing He's in control.  As for the quote above I would not disagree but merely point out that the sheep in Matthew 25:40 were surprised to be elevated to sit at the King's right hand.  They did not necessarily have the confidence of knowing Him or aware of any union with Him, they just followed the commandment of loving their neighbor as themselves.  Unfortunately we who have received much, must give much.  That seems to be the lesson the goats of Matthew 25 failed to learn.

Comment by Keith Saylor on 4th mo. 15, 2017 at 11:44pm
I am a new and different Life. In me this Life is experiencing. It is in the speaking that which I am, that I am owned and I am discovered. No one can know me unless I am being discovered in speaking my name itself in itself. I am no longer third person, I am first person present and speaking my Name is at once to know me come unto you and you come unto me ... the promise of being risen is the second coming of Pentecost wherein I am and you are no longer made up of who you once were.

Keith:  In my Pentacostal days we would preface that by saying: "Thus says the Lord".  Not understanding that some might have trouble receiving all that is said.  However, having said that you are in good company as Jesus often spoke as God and not as man much to the confusion of the people and consternation of the Pharisees.

Since we don't have a creed I guess we are all entitled to our understanding of what is true but as Forest points out sometimes we obtain individual life changing revelations by how a form of words get through to us.

Not so sure about that one. Not having creeds could come from a number of places. It may have been viewed a son of those "dead forms" we were called to come off from.  It may have been seen as not contributing to the truth-seeking to have external authority dictate  doctrines. Not having a creed doesn't necessarily mean we can believe what we want or that standards aren't possible. Otherwise not having a creed would itself become a kind of creed. Which I think it has in some circles.

My own understanding of the early Quaker/Fox phrase "inner cross" is that we are to crucify self-will. That of course puts Fox in the same living stream at the Theologia Germanica. This is something Rufus Jones was quite happy with — he thought Fox was an English purveyor of the Continental mysticism. I don't think Lewis Benson would be that thrilled with that connection.

David:  How about we are all entitled to our own "pursuit" of the truth?

David, thanks for your comments, which are good on both counts: first, we do have a standard that is inward and not visible (unlike a creed) but is more rigorous than any outward standard, and second, the cross signifies a yielding of self-will.

The following passage from Fox's Epistle 222 takes up your second point, and identifies the cross as the power of God at which one "must bow," bowing being a gesture of submission of will. Bowing at the cross "strikes over the fallen nature in man." It is in bowing at the cross that fellowship can occur; that the mind is kept over outward things; and that one is dead to the world: i.e., no longer captivated by it.

William F Rushby left a comment for Olivia Brangan
"Welcome to QQ, Olivia!  I would like to know more about you and your connection with Friends."
8 hours ago