Save the William Penn House 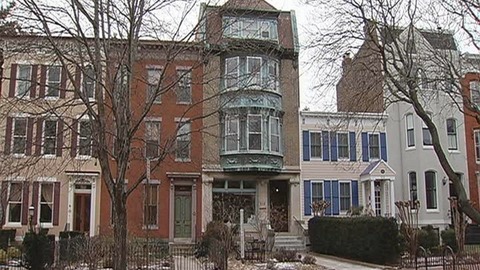 The William Penn House has been a crucial hub of Quaker activity in Washington, DC, since 1966. It is a combination of watering hole and resource center where many of our local activities are scheduled. William Penn House, named after one of the most influential Friends ever, has been a Friendly presence only blocks from the Capitol.

The House, as it is informally called, serves a variety of functions. One of these is as a hostel, though most of the beds are taken up by fellow Quakers visiting Washington for conferences, meetings, and other activities. William Penn House can afford to operate in a historic home on Capitol Hill due to the fact that it is exempt from property taxes.

Or at least that was until recently, when the DC city government informed WPH that it would now need to pay $18,000 a year. The decision was contested immediately and the news media was informed. Channel 4, the local NBC affiliate, did a story on the center earlier in the week. The director of the House, Byron Sandford, stated his organization's position directly to the camera. The timing of this move is suspect, as is the amount due.

In the process of making sense of the problem, we've discovered that other houses of worship and religious groups are being targeted. Quakers, as a pacifist Peace church, have close ties with Mennonites. Mennonites have had their property tax-exemptions status revoked as well.

While nobody disputes the Quakers hold prayer services and do ministry work from the house, the district says the vast majority of the building is a hotel because they rent out beds. For $35 a night, you get a cot and breakfast.

It’s not a typical Capitol Hill hotel, and Sandford said it’s different from hostels, which do pay property taxes, because the vast majority of people who rent the beds are church and school groups in D.C. to do charity work as part of their education or ministry, which is exactly what Quaker houses are meant for.

No one is entirely sure why these taxes must be collected now. A variety of competing motives have been voiced. Some favor the city, thinking that the decision was an attempt by the District to fairly collect taxes. Others believe that someone wants to buy the building, which is a choice piece of real estate, and that collecting property taxes is just an excuse. Both motives could be true, and also neither.

This matter will be resolved based on whose presentation of facts will be believed. Though it is true that in some ways the William Penn House functions as something close to a hostel, it holds a daily Meeting for Worship and is not used exclusively as a hotel. It depends on what your definition of is is. If pro bono legal work is available, it will be pursued, because the House cannot afford to pay an attorney.

DC residents have a mixed relationship with their government. In some ways, it is remarkably progressive. But it can be rife with corruption and cronyism, which partially explains why the last two mayors only served a single term in office. It has been suggested that the DC government is broke and searching for revenue streams wherever it can find them. But in fact, the District continues to grow, to gentrify, and makes lots of revenue from tourism. In a nation still dealing with the effects of a severe recession, American families have visited Washington, DC, in record numbers, because it makes for a cheaper vacation for them.

So why now? We may well soon learn, or not. Otherwise, please consider helping us out. Contact Eleanor Holmes Norton, the closest thing we have to a congresswoman. Nothing could be more American than religious freedom and the individual's right to worship as he or she pleases. We are members of the Religious Left and do not have the same funds and organization as the Religious Right. $18,000 a year would tax the budget of many smaller faith groups like ours, which would effectively price us out of the District the way that gentrification already has with homeowners and renters alike.