“It is Well with My Soul”: A Journey of Grief and Faith

In this powerful reflection ESR MDiv student Anne M. Hutchinson shares about the loss of her son. 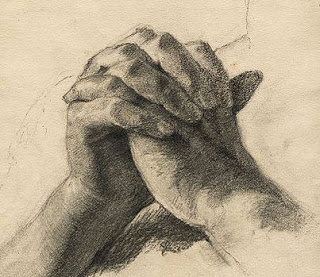 Our son David, 26 years old, died of drowning in Russia where he was working at the time.  Brother John D. Martin spoke at the graveside.  He told us that God knew the details and circumstances of our son's death better than any of us, and that He loved David as only God can love.  John Martin  encouraged us to trust God at that devastating time, and to find comfort and hope in His love.  I encourage you also to entrust your son's life and death to God's love and mercy.

William, Thank you for your sharing. My condolences to you on the loss of your son. I am glad to hear that you had Brother John's wisdom and caring. Blessings to you.

Thanks, Anne!  Time blunts the pain, but it never goes away.  I will pray for you, and covet your prayers for me.

In the love of Christ,

You are precisely right. Someone much wiser than I once said that grief is a sign of love. Thank you for your good prayers, and I will be privileged to include you in mine.