Nurseries of healing in Presence 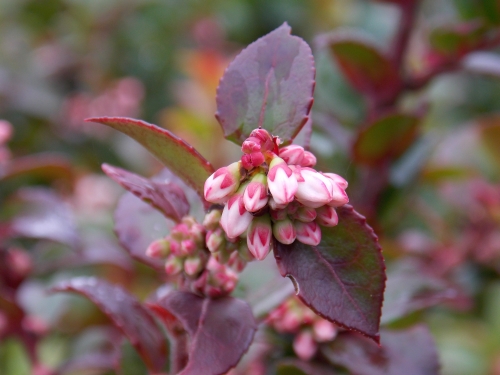 Yesterday I spent time observing the territorial and migratory behaviors of the Rufous and Allens Hummingbirds. 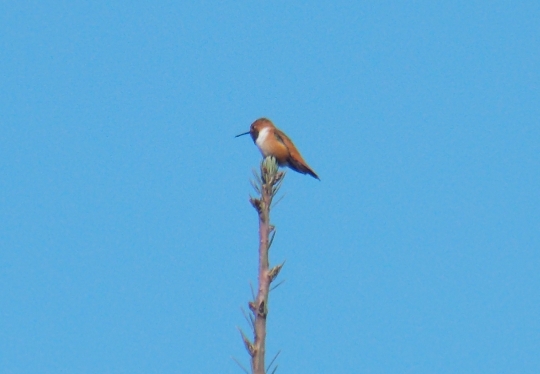 It happened that I came across this beautiful species of lichen commonly called Candy Lichen. The scientific name is…

Watching against those who have an aversion to immediacy so that the pottage does not slip between.

Early in John Wilbur's labors against those who did not have faith in a consciousness anchored in and a conscience informed by the immediacy of Presence, Betsy Purinton wrote these words to him in a letter:

The longer I live, the more I feel the necessity of a deep indwelling with the spirit of Divine life, and as my dear, aged kinswoman, (Comfort Collins,) used to say, neither ' borrow nor steal,' however in want ; and this is not all, but to be content with our little,…

Political activism is the agitation of human being to anchor consciousness and inform conscience in outward political agenda. It is a lack of faith in the immediacy of Presence as the anchor and guide of human being in human and worldly events.

Political and religious professors and activists seek to avert human being…

The Message of Christ free from canonical testimony in Immediacy.

Normally, consciousness is anchored in and conscience is informed by external forms or by externalized borrowed experience in the form…

Observation of the natural world and Sanctuary.

There was a time in my life when the observation of the natural world was Sanctuary (among other outward activities like the Church, or teachings of others, or political activism) and the immediacy of Christ was secondary.… I recently re-upholstered a wing-backed recliner for a family member. She has lower back problems so a bolster was created (tailored to her needs) to support her lower back and give…

Shedding the cloak of religious words and baggage.

There is another way:

Short-form
A consciousness anchored in and a conscience informed by the activity of intuition.

To experience such a consciousness and a conscience is…

Jesus is a noun, Christ is a being verb.

Not me, but Christ in me

Not anger, but I am.

Not peace, but I am.

Not ideals, but I am.

Not morals, but I am.

Not occupation, but I am.

Not community, but I am.

Not institution, but I am.

Not individual, but I am.

Not politics, but I am.

Not theology, but I am.

Not ideology, but I am.

Not agenda, but I…

Thankful for and faith in the immediacy of the Spirit of Christ that was present in the historic Jesus.

I acknowledge those who have no or fragmented faith and trust in the immediacy or direct experience of the Presence anchoring consciousness and informing conscience.

While I acknowledge there are those who hold to outward form to anchor or help anchor consciousness and inform conscience, the Presence within me has, from the age of 16, …

One outcome of the immediacy of the Spirit ... A free thought exercise.

The Church-State and way of worship not the knowledge or the faith in the Life ...

The Church-State and way of worship not the knowledge or the faith in the Life ...

I have smarted deeply for these things, and have been taught by the briars and thorns of the wilderness, whereby my ears came to be opened, to hear the sound of the everlasting gospel, to which they were before through ignorance stopped.…

Conscience, Conscious, Consciousness, Self-conscious ... toward a deeper understanding of the Early Quakers.

Conscience, Conscious, Consciousness, Self-conscious ... toward a deeper understanding of the Early Quakers.

Un-borrowed Life ... In Other Words

Life in the Presence is experience un-borrowed. Conscious and conscience no longer mirrored in the borrowed experience of institutions and other individuals drawing from the conceptual world.

This filling of conscious and conscience in the Life ... the Presence ...  is conscious no longer dependent on the borrowed reflections that others draw from the conceptual world; but on direct and immediate and un-borrowed ...…

Thankful for the Life and re-turning to the Garden

Therefore O man whose soul is immortal, wait to have it's eye opened in the Light, that thou mayst see God and walk with him in the garden as in the beginning ...

It is a blessing to know and experience the Spirit Jesus manifested bodily and poured into the conscious and conscience of individual people. It is a blessing that consciousness no longer need be anchored in reflections and that people may know…

Watchfulness in daily life ... reflecting the journey in the inner Light

Isaac Penington ever brings to the mind of the reader that thinking about Faith and even having faith in thoughts about faith is not sufficient for salvation. Penington ever admonishes to "go further." In the Light, Faith, Peace, Love, Patience, etc. are verbal in essence. Peace, for example, is the result of individual conscious and conscience anchored in and being ever present in the Light. To the extent we seek Peace through outward means like political action or other institutional and…

A Turning ... the renewal of conscious and conscience

There is a spiritual nature in each of us. This spiritual nature is the experience and knowledge of the transformation of conscious and conscience by the illumination of the inner Light. This illumination transforms and anchors the conscious and conscience in itself so that no longer is awareness and moral guidance anchored in the world of form; ideological, institutional, abstract. The thoughts and doctrine of those who profess outward forms and would bind men and women to their doctrine…

A Story: by Keith F. Saylor - With an Afterword by Isaac Penington

There was a farmer who grew crops using artificial lighting and methods documented in a book he cherished. One day another farmer came to him and said that he does not use unnatural light but relies on the natural sun, in itself, to sustain and grow crops. The former responded by saying the sun certainly has its place, however, just look at how well his crops were growing under these artificial conditions and offered the latter his book and articles on unnatural growing methods.…

George Fox - The Church, State, and the Individual - people's conscience are to be left free.

The conscience of people are to be ruled, guided, and governed not by the outward church nor the outward rules of government. The eternal Light that shines in conscience, toward the turning or renewal of the mind, is the true rule and government of people.

"And as for all churches (so called) and professions and gatherings of people, we beheld you as all in the apostacy and degeneration from the true church, not…

In Affirmation ... The Early Quaker Experience ... In the words of Edward Burrough

This quote below is a wonderful affirmation of foundation of Quakerism in the words of Edward Burrough.

His affirmation of mind being turned in the Light and of strength to let go of the thoughts of professors and our own thoughts ... no longer bound to reflective thinking. This giving over all reflective thought to intuitive thinking in the Presence is not just the foundation of Quakerism, but that of Christianity. This rejection of abstract thought and outward institutions…