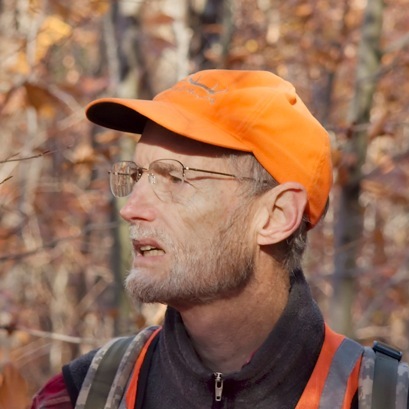 About Me
Physical Anthropologist, forester, public health scholar, writer, married to Pat, members, St. Lawrence Valley Friends Meeting, Potsdam, NY, "changing the biblical narrative", "...and be a terror and a dread to all the adversaries of God, answering that of God in them all" (George Fox)

For more than 2,000 years the biblical narrative was understood in prayerful and meditative practice to teach us in an ever-changing way.  St Jerome was one of the first in the Christian tradition.  He faithfully followed the admonition of the Christian primitive Paul,  that “diligence in Bible” could not be had by merely “reading” it, but by also “listening to what it says” (Gal 4.21).  Paul is asking us to bend our ears and listen for the distant voices of the biblical story-tellers; for thousands of years the biblical narratives existed in oral form only.  The “writing down” of the Bible was recent and instigated by crisis (the Babylonian exile ca. 500 B.C.E. for the Books of the Law and the Prophets, and for 1st century Christians, the fall of the Jerusalem temple in 70 C.E.).  “Listening to what it says” meant that the Bible was understood not only by the written letters but by understanding its historical and cultural contexts; metaphorical, allegorical and poetic narrative meanings; and spiritual messages that speak to our condition today but were not necessarily intended by the original story-tellers.  So it was till the 19th century.  Then the biblical narrative was suddenly changed to a rigid inerrancy by a reactionary U.S. Protestantism, allowing attention only to the “written letters” that kill, and ignoring the Spirit that gives life (2 Cor 3.4).

Now it is time to change the biblical narrative back to what it originally was in primitive Christianity, not the “Word of God”, but “the words of God”, says George Fox.  The “Word of God” is something much closer: It is in our mouths and in our hearts to put into practice (Deuteronomy 30.14), or as the Quakers say “mind the Light”, “walk cheerfully”, “let our lives speak”.  According to Martin Kelly (FJ - April, 2013), I am “changing the biblical narrative”.  Join me and John Steinbeck Friends!  In East of Eden he says about the story of Cain, “A great and lasting story is about everyone or it doesn’t last.”  The Bible is a great and lasting literature about us, warts and all, or it would not have lasted.  Let us recover “our story” and see how it speaks to our condition today.

Jon Pol replied to William F Rushby's discussion 'Quaker Without a Meeting: A Response to Jason'
"Posting is three years old, and I'm just curious if it is till attended. And if yes: >…"
4th day (Wed)

Keith Saylor replied to Matthew Callow's discussion '“A general dyet, estates or parliament” for the nations of Europe'
"Hello Matthew, I'm merely asking questions. I have no expectations on when you may answer. I…"
2nd month 4