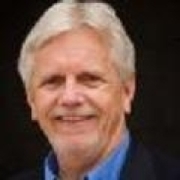 Here is the text for Chapter One of Jesus Christ MBA. The accompanying comic strip will soon follow. We plan to release a chapter a month over the next year.

A Gospel for Our Times

And so it came to pass in mid-September 2011,  just off of Wall Street,  the financial heart of the United States of America; Jesus, the son of Mary, a mild-mannered, young, financial manager appeared.  Clad in a grey, three-piece suit, his hair to his shoulders, sporting a full beard, and his bare feet in leather sandals; he entered the headquarters of the giant investment bank, Morgan Goldman.  Announcing his arrival to the receptionist, Jesus proclaimed,

Upon entering the office of the senior vice-president and shaking hands with its elegantly dressed occupant, J.C. took a seat directly across the expansive teak desk from the vice-president .

“So, J. C., since you’ve already had three interviews, and passed them with flying colors, I’ll cut to the chase.  What makes you think that you’ll be a winner here at Morgan Goldman?”

“Well, in addition to being a self-starter and being willing to make extraordinary sacrifices, I have connections in High places.”

“Super.  It always helps to be well networked.”

“Yeah, I think that I can bring in clients from around the entire globe.”

“And I display strong moral integrity.”

“Hmmm, let’s not get carried away, Son.  After all, business is business.  Now tell me, what problems, if any, do you think that you might encounter?”

“Yes, but I recently threw some money changers out of my temple,  and the video went viral.”

“ I suppose that we can overlook a single indiscretion, as long as you promise not to do it again.”

“Also, I expect to be crucified by the time that I’m in my mid-thirties. “

“Not-to-worry, Kid.  The media is brutal .  They maul us all on a daily basis, but we always win in the end.  Big Money has staying power.”

After pouring himself a scotch on the rocks, and taking a swig, the vice-president leaned forward putting both hands on the desk and looking J.C squarely in the eye.

“I’m going to be frank with you, J.C. I have some reservations, based on your lack of Wall Street experience, but I think that you have promise, and I’m willing to take a chance on you.  Welcome to Morgan Goldman, Son.  I hope that your career here will be a long and lucrative one.”

“Thank you, Sir, I am sure that my Father will be pleased.”

“ Glad to hear it, Lad. Now tell me a bit more about this father of yours. Who is he?”

“ Well, he prefers to remain out of the spotlight,  practically invisible. Let’s just say that he manages a very large portfolio, and he is highly diversified.  In fact, he has substantial interests everywhere on the planet. He has held them for a very long time.”

“My God, this is a match made in Heaven!  There’s no telling how far you will be able to go with those kinds of connections and the strategic positioning that you will have here at Morgan Goldman.   The sky is the limit !”

“ I imagine that is a reasonable way to view it, Sir.  I’m never quite sure of Father’s plans, but I can assure you that he always comes out on top.  He has his finger on the pulse of everything

Several weeks later J.C. was standing in the middle of the Morgan Goldman office, surrounded by a group of his fellow workers,  preaching.

“ It is easier for a camel to pass through the eye of a needle than for a rich man to enter the Kingdom of Heaven.”

Overhearing this blasphemy, the company’s head of HRD whispered to the senior vice president who had okayed J.C’s hire.

“Are you sure that we did the right thing hiring this guy? He  not sounding like a good fit.”

“ Not-to-worry.  We’re only using him in order to make a bundle off of his old man. I’ll have a talk with him, and get him to reign in the idealism.”

Later that day, back in the vice president’s office.

“Now that you’re fully on board, Kid, I’d like to hear your plans. What sort of clients are you going to line up?  What are your overall investment priorities?”

“I’m so glad that you asked. I think that it will be great for everyone, a real win-win, if I can start feeding the hungry, maybe doing 5,000 a day, then adding more.”

“Whoa, wait a minute, Sonny Boy!  If that’s what you’re planning, you’ve landed in the wrong place.  This is no bleeding- heart NGO.”

“Oh, I know that.  But capitalism has to evolve if it’s going to survive .  The handwriting is on the wall. You’re the one who has to adjust your thinking, Sir.  Let’s just think of what I’m planning as Prophet sharing.