A Japanese Filmmaker’s Perspective on Filming a Quaker Blessing for the Urakami Cathedral CrossOn July 26, 2019, I met with filmmaker Koji Hayasaki after he filmed the blessing of the Urakami cross during Wilmington Yearly Meeting at Wilmington College. Here is that interview.Pictured: the wooden cross from Urakami Cathedral in Nagasaki.AH: Tell me about how you got…See More
8th month 8, 2019
0 Comments 1 Like

Indiana is something of a Quaker hotbed, as it is second only to Pennsylvania in the population of Quakers in the United States. Historically, Indiana was the destination of many Southern Quakers who opposed slavery. Currently, there are dozens of Quaker meetings across the theological spectrum in Indiana. Richmond, Indiana is of particular interest because it was the site of the signing of the Richmond Declaration in 1887 and the Five Years Meeting in 1902, later to become Friends United Meeting in 1963.

All the more fitting, then, that one of the first visits by a member of the Traveling Ministry Corps took place in Richmond, Indiana. Chuck Schobert of Madison (Wisconsin) Monthly Meeting and Northern Yearly Meeting delivered a message at West Richmond Friends Meeting on June 11, accompanied by his elder. The meeting was well-attended, and among the attendees was Margaret Fraser, former Secretary of the FWCC Section of the Americas. 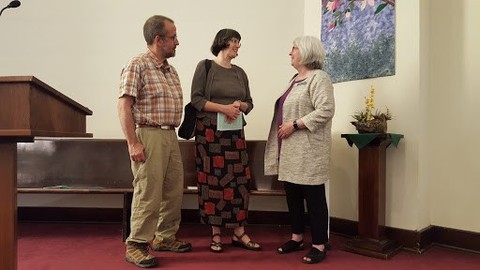 Chuck's message, entitled "Your Heart Knows What to Do," began with a reference to Acts 12:24, "But the word of the Lord went on increasing." Chuck's spiritual journey and ministry reflect the meaning of this verse, which is situated in the struggles of early Christians. Chuck described the way that "the word of the Lord" germinated and developed in him. In his message, Chuck talked about his vocation as a veterinarian and the joys it gave him. He went on to relate how he came out of retirement to work in a clinic which cared for the pets of homeless persons. Chuck described the powerful impact of animals in accompanying, supporting and, sometimes, rescuing their owners in surprising and unexpected ways.

Chuck described how his head and his heart work together in him to honor God's will in two ways: caring for animals and traveling in ministry, crossing boundaries between the different branches of Quakerism. He told of the long discernment and seasoning of about traveling in ministry as he searched his mind and heart about it. He described his experience of seeing the word of the Lord increasing in his life and in the life of Quakers throughout the world through his participation in FWCC.

After giving the message, Chuck led a worship sharing group with members of the Meeting. The queries invited Friends to examine how they experienced God in their lives and invited them to share about their experiences. Friends engaged in sensitive listening and sharing.

Chuck's message reminds that Quakers have many different views of the meaning and experience of God, yet can be united in mutual love, understanding, and concern. Visitation through the Traveling Ministry can be an instrument in transforming lives. 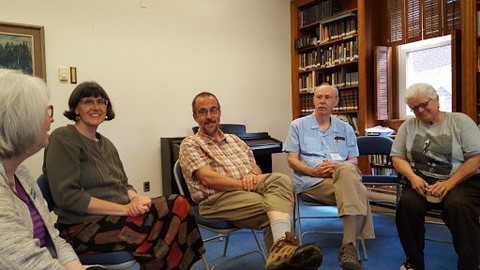 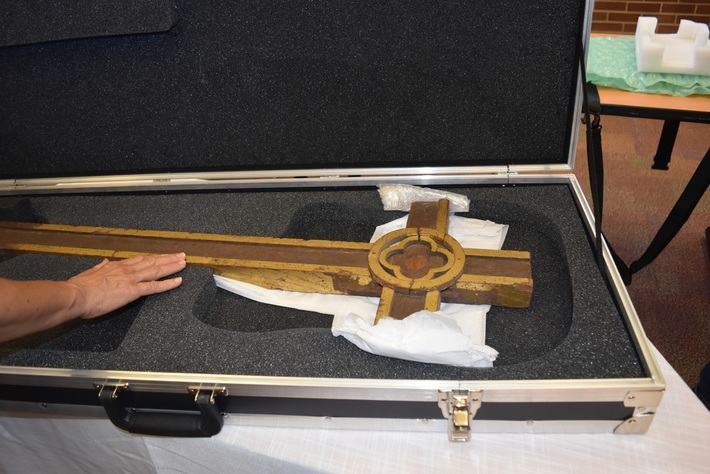 Pictured: the wooden cross from Urakami Cathedral in…