Time to just 'be' at Pendle Hill 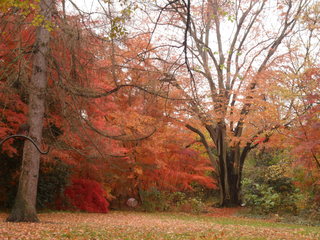 Time to relax and be is one of the main attractions of life at Pendle Hill. However, I soon became involved in various duties and projects and so have written nothing, and now we have just three weeks left.

The rhythm of life here suits me. Five days a week I lay up breakfast and clear afterwards, usually with the same one or two Friends. William’s regular duties come at dinner time, so then I have half an hour or so in our room without him. One of my concerns in thinking about this adventure had been enforced togetherness, but we seem to be managing both times apart and together.

Then there is worship, every morning, in the Barn, with half an hour of mainly silent worship and the now familiar ‘litany’ of Meetings around here, that is of having a time just before or just after the formal closing of worship, to share particular joys, concerns, or requests for prayer. In some ways this seems formulaic and out of step with the lack of imposed structure, but I understand that it is useful in reducing the amount of personal concerns put into worship as ministry and leaves more space for the messages ‘given’ to the Meeting. The other regular period of worship is epilogue, a 15 minute time of reflection to close the day in the community. This is attended by only a small number of people, but is always held, and choosing something to engage us is shared by those who come.

The term’s classes are proving engrossing in different ways. William is working in the Art and Spirituality course, and his final project will be large and fairly permanent, in the grounds, definitely not something we will take home. I have taken the ‘Liberated Learning’ class, with Nico Amador of Training for Change, a George Lakey inspired organisation. I have found this interesting and challenging, mostly in ways I can cope with. One small exercise that has worked well for me was that in introducing ourselves to a guest facilitator, we were asked to name as many of our identities as we wanted to – for example, ‘My name is Gillian and I am a daughter, a wife, a mother, a grandmother, a Quaker clerk, a computer programmer, a trustee,…’. The assignment for that week was to think about some of those qualities or skills we were not currently using in Pendle Hill, and try bringing one a bit more to the fore. I’ve tried, with some success, I think.

The third class on offer is one that we have both taken, Doug Gwyn’s ‘Quaker Faith and Practice – a Sustainable Faith’ in which he reflects on the relationship with living a sustainable life shown in Quakerism from the beginning.  This is very interesting and engaging. Several staff members and interns are taking this class, along with the Friends in Residence and the student body and a couple of people from the wider community. There is often debate that threatens to take us over our time, and certainly off the main point, but Doug keeps us in line in his gentle way.

Personally, William has found a niche in the Bookstore, learning how to run it so that when Lawrence, the volunteer manager is away, the store remains open at its usual hours. He has been re-decorating that area as well, and it is looking good. Time in the bookstore means familiarity with the contents, and we may have to ship home separately a box of books. One of my favourites is a book on ‘Praying in Colour’ which I look forward to working with.

I have nearly finished the quilt I am making for the new baby in Will’s family, and hope to give it to Liam’s grandparents when they come to visit us for Thanksgiving this week. I have some knitting on the go, with yarn from the wonderful store in Swarthmore (it has more than a Quaker founded university!). Also, I’ve been prompted to start a community quilt, to leave here for anyone who is in need of a bit of cosseting to borrow. It will be a bit lighter on space than the nearly large as life tiger called Stripes that currently lives in the bookstore and visits some members of the community. We have delved in the boxes of fabric scraps in the Art Studio for materials, so are grateful to all those who have come this way before. I might need to buy a bit of fabric for a sashing that will complement the variety of blocks. I look forward to choosing that when I go back to the fabric stores around Lancaster, to stock up on quilting fabrics at less than half the cost in the UK.

We have continued to visit Meetings in the surrounding area when we are here on a Sunday, and have found quite a variety. The most touching was a Meeting House without water or electricity, which is heated by a cast iron wood fired stove in the middle of the room, where one Friend is keeping meeting. He had been at worship for an hour before four of us arrived to join him, as he had forgotten to change his clock that day. We all joined him, sitting nearer to or further from the fire, depending on our own need for warmth, and continued in worship for a further time.

A weekend before the hurricane, we went to Cape May, where the Delaware River reaches the ocean. It was beautiful, and we enjoyed good weather, good food, and watching the twitchers on the beach – it is on bird migration super highway, so there is always plenty to see. Being by the ocean was good, and similar architecture to that in Cape May can be seen in so many English seaside towns, so it felt quite home-like. On the way back from there, we found Salem, New Jersey, where there is a Quaker Meeting House, and in the old burial ground just up the street, a ‘Treaty Oak’ – vast, 300 years old or so.

The furthest we have been is into New York state, to stay in Phoenicia courtesy of our Friend Lawrence, the bookstore manager here, to visit Woodstock (rather like Machynlleth, for those who know West Wales!) and then Copake where we stayed with William’s brother’s sister-in-law and her husband. We walked for 10 yards or so in the state of Massachusetts, visiting a water fall. We went to the delightfully named Bulls Head meeting, where there were 10 Friends other than us, meeting in a wooden building in quite an isolated situation. 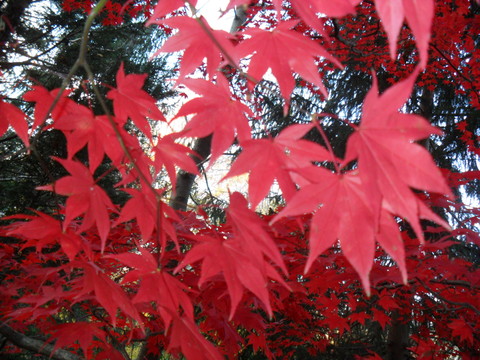 Olaf Radicke left a comment for William F Rushby
"Hello William! Yes you are right, this is a place full of history. For quakers and mennonites. I…"
14 hours ago

William F Rushby left a comment for Olaf Radicke
"Hello, Olaf!  As you feel able, it would be encouraging to hear more about your spiritual…"
15 hours ago

William F Rushby left a comment for Diane Kerchner
"Hello, Diane!  As you feel able, it would be encouraging to hear more about your spiritual…"
15 hours ago

Howard Brod commented on Keith Saylor's blog post 'In the Life itself the need for prophets and prophecies is fulfilled.'
"Thank you Keith. Beautifully expressed! Your intro: ". . . through . . . the spirit of…"
yesterday