Seeking out the stories of those who are different from us

Anne Marie Roderick will be presenting on her interfaith work during Peace Forum in the ESR Dining Room on Thursday, January 31. Her presentation is one of several events taking place during Earlham College's Religious Emphasis Week, which includes a lecture by Interfaith Youth Core founder Eboo Patel. Below is a reflection from Anne Marie on what led her to pursue interfaith ministry. 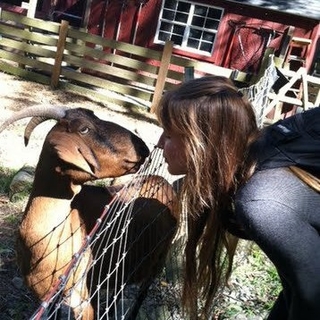 Back at school, most things eventually returned to normal, but Salima’s life didn’t.  In addition to losing her cousins, Salima became the target of anti-Muslim slurs.  Kids at school teased her for looking “Arab” and she was afraid of being harassed or worse by people on the streets.  At the time, I didn’t have the tools to support Salima; I didn’t know how to stand up for her, how to challenge those around me who called Muslims and Arabs terrorists.  I thought it would all pass. I didn’t see that our world was entering an era of increased religious intolerance and violence that would continue into my adulthood.

I mark the events following September 11th as the beginning of my commitment to interfaith work, though I wouldn’t realize that until more than 6 years later, during my first year at Earlham.

You can read more from Anne Marie here: http://esrquaker.blogspot.com/2013/01/seeking-out-stories-of-those-...