Recently in reading through Murray Rothbard’s Man, Economy, and State, I came across an interesting concept with possible relevance for religious practice. In critiquing the economic thought of some others, he explains that a common fallacy is to engage in “conceptual realism.” This he defines as any situation “in which theoretical constructs are mistaken for actually existing entities” (359).  He later uses the example of government to illustrate his point. “Those who object that private individuals are mortal, while ‘governments are immortal,’ indulge in the fallacy of conceptual realism at its starkest,” he says. “’Government’ is not a real acting entity, but rather a type of interpersonal action adopted by actual individuals” (957). An excellent example of methodological individualism from an economic and political thinker, perhaps, but what relevance does it have for those seeking to practice religious faith?

In the classic Louvin Brothers song, an old man stands up after the congregation sings about God being real and says, “Preacher, tell them that Satan is real, too.” And the song goes on to declare that “Hell is a real place, A place of everlasting punishment.” Hell and Satan are certainly theological concepts, but can devotion to concepts such as these (or others) lead us to behave toward others in ways that would otherwise violate core ethical and theological commitments to our fellow human beings? Unfortunately, history is littered with tragic examples of humans treating others in horrific ways in the pursuit of what they deemed higher purposes. 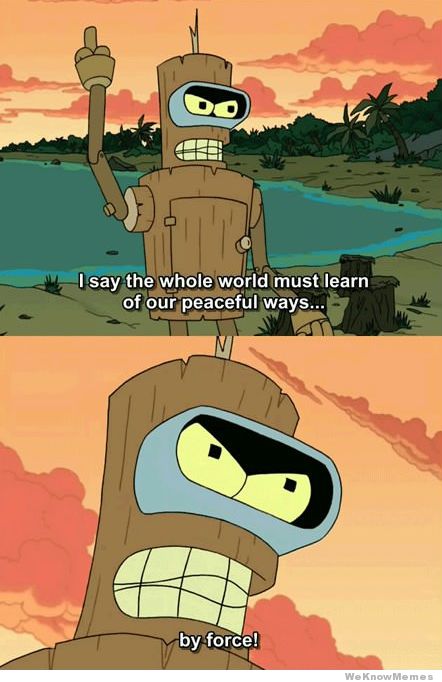 From early in their history, Quakers cautioned against the dangers of theological abstraction getting in the way of our humanity. “Friends would rather know God than know about God,” according to the West Hills Friends Meeting website. “Consequently, we have been skeptical of creeds and theological abstractions. Human ideas are sometimes called ‘notions,’ (or even ‘airy notions’) as a reminder that their value is limited.” William Penn offers a good example of thiswhen he says, “For it is not opinion, or speculation, or notions of what is true, or assent to propositions, though ever so soundly worded that makes a man a true believer: it is a conformity of mind and practice to the dictates of this Divine principle of Light and Life in the soul which denotes a person a child of God.” Lucretia Mott echoed this later in her observation that “The likeness we bear to Jesus is more essential than our notions of him.”
​
Is all of this to say that theology does not matter? I actually tend to think it matters a great deal. But just as Jesus and later Paul cautioned against an overemphasis on the letter of the law rather than its spirit, we can lose sight of the dignity and value of the person in front of us or across the globe if we place too great an emphasis on either our own moral rectitude or any ideal (theological, philosophical, political, etc.) or object upon which we place great value. In so doing, we can create a hell for ourselves and others.

OK, then, Keith. Thanks again for sharing from your perspective and blessings to you and all who follow that path.

I'm a Wittgenstein student and don't buy that names point to things, even in the simple case.  Words are tools and their use defines them, not some mysterious "pointing".  "Language on the one hand, real object on the other" -- that's a simplification that only gets one entangled in confusions.

Mathematics is not metaphorical if it's not trying to be "about" anything beyond itself.  Chess, the game, is not really a "metaphor" for a war either, or if it is, it's not a war like we've ever seen. Games have their own integrity.  They don't need to be "metaphoric".

Note:  Santa and Satan differ only by letter arrangement, like Dog and God.
https://youtu.be/ALufPl1trgE

William F Rushby replied to Forrest Curo's discussion 'Scriptures: Can't do with them; can't do without them?'
"I don't really have a sophisticated definition of "nontheist" to offer.  I…"
9 hours ago

Keith Saylor replied to Forrest Curo's discussion 'Scriptures: Can't do with them; can't do without them?'
"Hello William, Thank you for that important correction. The specific quote that prompted my…"
10 hours ago

William F Rushby replied to Forrest Curo's discussion 'Scriptures: Can't do with them; can't do without them?'
"Hello, Keith! "Atheist" is now a naughty word that is not politically correct! …"
14 hours ago

Keith Saylor replied to Forrest Curo's discussion 'Scriptures: Can't do with them; can't do without them?'
"Hello William, When you reflect upon another another person as atheist, how are you using that…"
15 hours ago

William F Rushby replied to Forrest Curo's discussion 'Scriptures: Can't do with them; can't do without them?'
"Hey, Forrest, thanks for your willingness to address controversial issues, thereby helping to keep…"
yesterday

Forrest Curo replied to Forrest Curo's discussion 'Scriptures: Can't do with them; can't do without them?'
"It takes at least three Quakers to have a schism; and we don't have that in my neighborhood.…"
yesterday

William F Rushby replied to Forrest Curo's discussion 'Scriptures: Can't do with them; can't do without them?'
"Forrest Curo wrote: "Further -- that each has had something that the other side lacked, and…"
yesterday

Keith Saylor replied to Forrest Curo's discussion 'Scriptures: Can't do with them; can't do without them?'
"Awareness of the impulse and self-evident presence of the spirit of Christ in the conscience has…"
yesterday