Extended families often do not wish to be broken up.  They live as a tribe, whole communities.

At a party for Leos last night, celebrating those born with this astrological sign, I spied a catalog for the latest camping gear.  A love of the outdoors is rekindled, in looking through these pages.

Do we all know where the word "camping" comes from?  From "campaigning".

The goal was to distill the "fun part" of campaigning and leave out all the pathological murderous killing.  That's how "camping" came about.

Rather than trying to solve the world's problems with explosive devices and unsustainable pain levels, investing in the latest camping gear and gardening equipment might make more sense.

Suppliers would have many product placement opportunities.  Every Dignity Village could be a showcase.

My friend Patrick got to visit Biosphere 2 near Tuscon recently and confirmed a large dome may be self cooling, given air flows.

I'm not saying everyone wants to tent and/or garden in a dome as a lifestyle, but others would, and would make it as telegenic as that catalog.

Many experiments need to be tried.  We have a lot of engineering creativity and capacity, why not use it?

Having many smallish colonies guinea pigging the new products, willingly, giving feedback, like test pilots, would be part of what "scouting" means.

That's part of how one trades lifestyle ideas with the rest of the world: test out something new and let us judge for ourselves what we might like to adopt from it.

Quaker communities:  given some hundreds of years of prior practice, and a willingness to relinquish violence, these could be some of the best.

The biggest most expensive camps in present times tend to be military and "killingry oriented". We also have many para-military encampments in North America, though we're uncomfortable focusing on that topic in the media.

Here in Oregon many people remember the Rajneesh Puram experiment and how that went.  Not all experiments are equally successful.  The more we engage in, and compare notes, the faster we learn.

Although armed encampments are "campaign" flavored, more than "camping" flavored, the term "refugee" may yet apply.

For example a soldier may have chosen soldiering to escape abject poverty in a cruel economy with no prospects, akin to a war zone.  Lets keep soldiers in our prayers as refugees as well.

The skills learned in the military overlap with "scouting" and "disaster relief".

Making the transition, from "campaigning" to "camping", is far from impossible, in a climate that's less war-crazy.

The idea of community service oriented camps come more from religious templates, centered around a church, temple or mosque.

Rather than stress about the prospect of non-violent religious communities popping up, as schools with campuses, we could welcome our improving living standards (globally, not just locally).

If you're a refugee on the streets, a family under a freeway viaduct, you'll be wondering if there might be a community for you out there.

Civilians may no longer have enough know-how.  When we skip a generation or two, we lose a lot.  I'm not sure who's left on the scene who could build a geodesic dome or sphere if we wanted one.  In that chapter, we seemed more hopeful.

Maybe NASA has some ideas?  Terraforming proceeds, with or without any master plans. 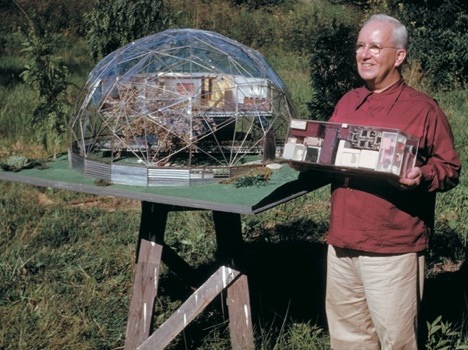 Keith Saylor commented on William F Rushby's blog post 'From John Woolman on Ministry'
"Hello William, I'm still getting my feet under this project. However, a path is clearing as I…"
10 hours ago

Mike Shell left a comment for Marcia P Roberts
"Friend Marcia. I don't visit QuakerQuaker much at present, but thanks for…"
11 hours ago