Below is an excerpt from a message ESR student Brent Walsh delivered in Earlham School of Religion Worship on Thursday, April 25, 2013: 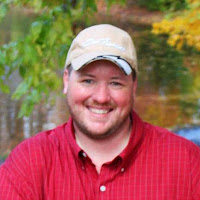 In 1 Corinthians chapter 9, Paul says something very interesting. He says, “Though I am free and belong to no one, I have made myself a slave to everyone, to win as many as possible. To the Jews I became like a Jew, to win the Jews. To those under the law I became like one under the law…  To the weak I became weak…  I have become all things to all people so that by all possible means I might help some. I do all this for the sake of the gospel...”
Now, it’s pretty easy to follow Paul’s train of thought for the most part; it’s a familiar concept: While in Rome, do as the Romans do. But then we get to the weakness part. “To the weak I became weak?” That doesn’t make sense at all. Wouldn’t it be better to offer strength to the weak? Isn’t that what God does? When I’m exhausted, when I’m distressed, when I’m worried, when I’m lonely, when I’m scared… doesn’t God offer me strength? Wouldn’t it do more harm than good if I were to make myself weak to join someone else in their weakness?
So many of us think we have to know what to say when people face the storms of life. We’re looking for solid formulas, brilliant advice, or maybe even magic wands that will help us come up with just the right words of wisdom for the people we minister to.
The finest words of wisdom I’ve heard so far were spoken by…  Winnie the Pooh, who said, “It is more fun to talk with someone who doesn't use long, difficult words but rather short, easy words like ‘What about lunch?’”
Instead of trying to teach people how to live or what to believe, it’s far better to listen and discover where they are in their life… and then offer conversation instead of coercion.
You can read more from Brent here: http://esrquaker.blogspot.com/2013/05/making-myself-weak.html