Every morning before I unroll my yoga mat, I have to resist the urge to go online to check the headlines in the New York Times. I catch myself creeping toward the email in- box before I settle into my rocker for a time of meditative journaling. It’s as if I’m on both ends of a tug-of-war rope, pushed and pulled by inward and outward action. It’s not a new struggle for me; I wrote about it here three years ago in my post Paddling Through Contemplation and Action. And with this tension as the theme for the fall gathering of Quakers in Washington (and part of Idaho), I know that I’m not alone. 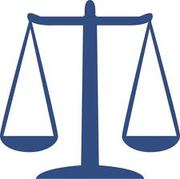 At the gathering’s opening session, Tom Ewell and Christ Betz-Hall of Whidbey Island Friends Meeting shared from their experiences to guide our weekend exploration of “Faith in Practice - Weaving Together the Sacred Strands of Ourselves, Our Communities, and the World.” These two Friends are, rather than in a tug-of-war, more like a balancing scale—Tom a peace and justice activist and a leader in the Friends Committee on National Legislation, Chris the founder of Way of the Spirit, a program of contemplative study.

Chris led us in an exercise to visualize ourselves in a “Sabbath Garden,” a place where we feel grounded and centered.  She asked us to imagine a wall at the edge of the garden and then to picture ourselves moving beyond that wall.  As we sat together, visualizing ourselves in the garden and moving out into the world, Chris suggested we notice our thoughts at the wall and to consider whether we feel more drawn to the garden or the world. As we returned our awareness to the room, Chris reminded us that the Presence meets us wherever we are.

Tom then spoke of how he prepares himself so the Presence can meet him. He prefaced his comments acknowledging that he’s at a stage of life (retired, children grown) that offers some opportunities for the practice he follows and that each of us needs to find the path that works for us.

I was surprised to learn the discipline this man of action follows, and I’ve adopted parts of it to help slow my dive into the “doing” that calls to me. Tom begins most days with quiet, considering what is going on in the world that he needs to be aware of. Then he thinks back to the previous day and notices gratitudes—“Times I felt in partnership with God.”

Next, Tom enters a time of prayer.  First, he “prays for the 4 Ps: people in prison, the poor, peace, and the planet.” Then he prays for his family, his Meeting and the wider Quaker community. Next he prays for himself, seeking compassion, conviction, consciousness, patience, hope. Tom ends this centering time reminding himself that in the day ahead, he’ll give himself over to God. “God’s presence is very real­ to me,” Tom said, “and it’s still the big mystery.”

As Chris spoke of her experience of weaving the strands of contemplation and action, she returned to her image of the Sabbath Garden.  “I believe that Spirit sends emissaries to my small garden,” she said, describing that it’s often other people entering our lives who nudge us from contemplation to action.  “My job is to respond in faithfulness.” Answering these questions helps Chris discern how, or if, to reply to calls she receives:

Is it mine to do?

When those emissaries come to me, discernment usually is the hardest, or at least the most important first step, I need to take. Chris’s questions can serve me well, along with this:  “I don’t have to save the world—I only have to be faithful to what I’m meant to do and to remember it’s good enough.”

Prior to the gathering, we’d been encouraged to read the Pendle Hill pamphlet by Daniel Snyder, “Quaker Witness as Sacrament.”  Dan’s examination of our tendency to polarize contemplation and action is informed by his experience teaching at Pendle Hill and his discovery that students were more drawn to his classes on nonviolence and forgiveness than to his offerings on prayer and peacemaking. He urged prospective students to generate lists of “the worst of spirituality” and “the best of spirituality.”  When they repeated the exercise for the “worst and best” of activism, they found that the best (and worst) of spirituality is very much like the best (and worst) of activism. Then Dan promised that if students took the class, rather than polarizing prayer and peacemaking, they would “work toward a practice that integrated the best of both while guarding against the worst…bringing the best of activism into our inward lives and the best of prayer into our outward action.”

The classes also explored how early Quakers followed a discipline of “…bringing minds and hearts again and again to the searching of the Light.” The Light they spoke of, though, didn’t confront them in the manner of “an overworked and punitive conscience,” but rather as the “work of Love, a purifying Fire that brings us home to our deepest authenticity.”

Ultimately, the contemplatives and activists concluded, “Quaker witness is an outward and visible sign of an inward and invisible Grace.” Dan suggests that this is the classic definition of a sacrament,  “To live, walk, speak, and act in the world, not as our anger, guilt, fear, or despair shapes it for us, not as our personal hopes or political ideologies would shape it for us, but as it is re-shaped, again and again, in our ongoing encounters with God.”

Re-shaped, again and again, in our ongoing encounters with God. No wonder I keep revisiting how to balance inward and outward actions.  And now, with help from Tom and Chris and others I shared with during the gathering, I approach those encounters more open to the work of Love, perhaps in the form of emissaries, who will re-shape me to my deepest authenticity.

Do you tend to polarize contemplation and action?

How do you weave the strands of your inward and outward life?

Thank you for this!  I was given a message in worship recently on how, if in right order, activism and contemplation are not in conflict at all.  The practical examples you've shared speak to me and I intend to see if I can work some of them into my own spiritual practice.

Thanks, Connie. I appreciate hearing about your experience of activism and contemplation not being in conflict - your “if in right order” idea is key, I think.  I, too, appreciate the practical examples that Tom and Chris shared; they’ve strengthened my practice as well.

I enjoyed this thoughtful post.  There is much to contemplate in it and I benefited from reading it.  A few comments:

My overall impression is that there is a view that those who take a contemplative approach that does not include a component of activism are in some sense 'unbalanced'; that they have not successfully woven into their lives the outward motion of social involvement and activist commitments.  It follows from this that the contemplative life is in some way deficient, or perhaps, insufficient.

I am beginning to adopt another model: that of spiritual gifts and callings.  The contemplative has a calling.  And this calling is a gift, both for the contemplative and for the Quaker community at large.  From this perspective, I do not think it is necessary for the contemplative to weave into their contemplative practice activist commitments if it undermines their calling, or leading - to use Quakerspeak.  My view is that the contemplative life has its own integrity and fullness; it does not need to be 'balanced' or 'woven into' other types of practice that others may favor.

Those who have an activist focus (clearly the majority) in the Quaker community seem to have difficulty granting the inherent integrity of a contemplative life.  I'm not sure why this is the case, but it was not always so among Quakers.  For example, when I read a work like 'A Guide to True Peace', I do not find any passage that argues for balancing the prayer of inward silence with activism.  And I have found this to be true for many Quaker works.  It is my hope that there can be some space in contemporary Quaker communities for those who are called to the contemplative life as such.

Thank you for your thoughtful comments, Jim.  I especially appreciate this:

“My view is that the contemplative life has its own integrity and fullness; it does not need to be 'balanced' or 'woven into' other types of practice that others may favor."

I yearn to not get caught in the polarization and your idea about spiritual gifts and callings seems like a good approach. I think that’s what Dan Snyder tries to address in the pamphlet I referenced, “Quaker Witness as a Sacrament” and with the terms “inward activism” and “outward prayer.”  I especially resonate with this from Dan:

“Inward activism is a radical spirituality that seeks this Presence, this Light, at any cost... it requires a discipline of bringing our minds and hearts again and again to the searching of the Light... enabling us once again to engage the world from a place of compassion and humility.”

I share your hope for space in Quaker communities today for those called to the contemplative life. Conversations like this are one step - thank you.

Today, I expanded the text which is on the book page at Amazon as follows:Benjamin Ferris was truly…See More
14 hours ago
1 Comment 0 Likes

"Thanks for this posting. I listened with enjoyment."
yesterday