And when they were come to Capernaum, they that received tribute money came to Peter, and said, Doth not your master pay tribute? He saith, Yes. And when he was come into the house, Jesus prevented him, saying, What thinkest thou, Simon? Of whom do the kings of the earth take custom or tribute? Of their own children, or of strangers? Peter saith unto him, Of strangers. Jesus saith unto him, Then are the children free. Notwithstanding, lest we should offend them, go thou to the sea, and cast an hook, and take up the fish that first cometh up; and when thou has opened his mouth, thou shalt find a piece of money: that take, and give unto them for me and thee (Mt. 17: 24-27 KJV).

This isn’t your ordinary fish story, though it is incredible. Nevertheless, there’s a lesson about reality being taught here, a lesson to be confirmed by experience alone. For the experience goes well beyond that which we have learned is possible in nature, just like the story itself.

Peter is being taught in this passage that the new way that Jesus embodies will free him from the confines of the first nature, the nature given to all humankind. The story conveys this lesson by transcending nature at large, i.e., by presenting a miracle. The story’s miracle implies our human nature can likewise be transcended. By grace and truth, humankind’s state can be moved beyond its corrupt, sinful nature into a new and living perfection.

Several other passages in this chapter (a couple such verses are listed below) affirm the real possibility of transcending our first-birth nature. When an idea is presented convincingly a number of times and in various ways, the likelihood of its being grasped is increased. One instance among the plethora of argument, evidence, and conviction may at last raise the veil that darkens the mind, plant a seed that grows in the heart.

If ye have faith as a grain of mustard seed, ye shall say unto this mountain, Remove hence to yonder place; and it shall remove; and nothing shall be impossible unto you (20).

And they shall kill him, and the third day he shall be raised again (23).

Jesus’s question to Peter (of whom do the kings of the earth take custom or tribute? of their own children, or of strangers? [25]) begins a course of reasoning designed to teach Peter that he has closer connection to God (as His child) than do those religious authorities who (alienated strangers to God) uphold religious, social regulation, such as paying and demanding tribute. Jesus is teaching Peter that he is beyond that alienated, tribute-paying nature of the world; he has a closer relationship to God: that of a son.

To finish his lesson with a demonstration of its truth, Jesus instructs Peter to perform an act that is impossible in nature: to get money from a fish’s mouth. He has taught Peter that (human) nature can be transcended, and now he wants Peter himself to partake of this knowledge, to have it confirmed by experience.

This passage is about coming into gospel freedom, freedom from captivity to  corrupt human nature: the final line Jesus speaks to Peter before sending him off to find the fish is “Then are the children free” (26).

There’s a thematic symmetry in this chapter. The opening verses (1-5) also carry the lesson that with the coming of the new, living way, the paying of tribute is become defunct. In paying tribute, choosing what resources to give over to God, one assumes control, and then asserts this arrangement is just and adequate. In the new way that Jesus brings to the world, humankind no longer arbitrates the dispensing of resources to God, no longer pays tribute, but instead yields to God’s command. Power and predominance of will have their locus shifted away from ourselves and onto God, to their rightful place that has been from the beginning.

And after six days Jesus taketh Peter, James, and John his brother, and bringeth them up into an high mountain apart. And was transfigured before them: and his face did shine as the sun, and his raiment was white as the light. And behold, there appeared unto them Moses and Elias talking with him. Then answered Peter, and said unto Jesus, Lord, it is good for us to be here: if thou wilt, let us make here three tabernacles; one for thee, and one for Moses, and one for Elias. While he yet spake, behold, a bright cloud overshadowed them; and behold a voice out of the cloud, which said, This is my beloved son, in whom I am well pleased; hear ye him (1-5).

We are told only of Peter’s reaction to the appearance of Moses and Elias: he wants to honor them and Jesus—to pay tribute—by building tabernacles, one for each. (The tabernacle was a type or figure of God’s dwelling with his people [Ex. 25: 8-9].) Even as Peter speaks of his intent to pay tribute, however, he is interrupted by the voice coming out of a bright cloud: “This is my beloved Son, in whom I am well pleased; hear ye him”(5). God’s command, “hear ye him,” disrupts Peter’s plan. The voice commands the new way God is to dwell with his people: no longer through man-made tabernacles, but by hearing the Word of God, which is Christ. The enveloping structure of the tabernacle is superseded by the enveloping cloud of light; paying tribute is superseded by hearing the beloved Son.

The middle passages of this chapter teach a variety of lessons about the work Peter and the other disciples will soon take up after Jesus has been killed. The timing, sequence, and history; the expectations of suffering and frustration; and the healings, their source, and how to perform them are all lessons covered in the middle portion. Yet standing like bookends at either end of this chapter is Jesus teaching the difference between the man-made religion of paying tribute, and the nature-transcending faith that comes down from above. The prominent position afforded this lesson in the first and last passages of this teaching chapter bespeak its significance as the first and last lesson that a disciple must learn. 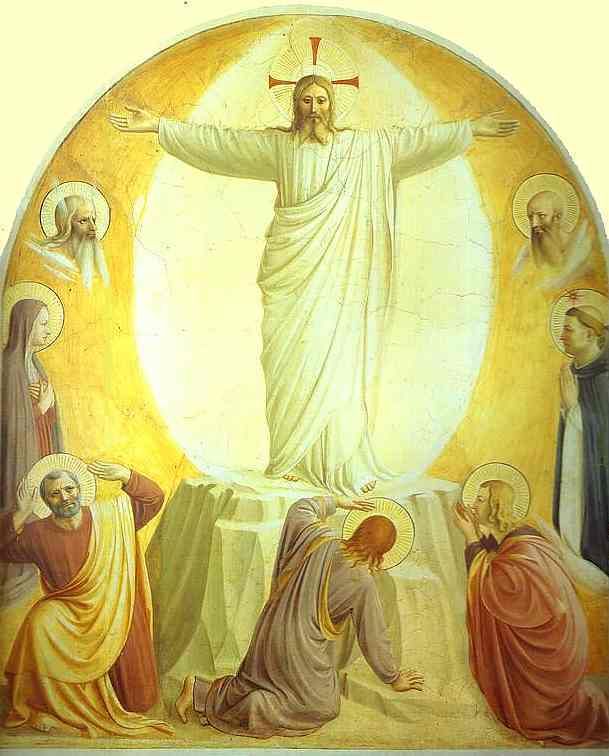