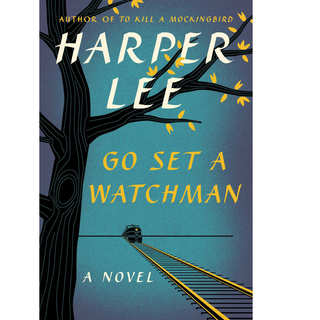 Harper Lee's new book, "Go Set a Watchman" (the title is from Isaiah 21:6), is her second published novel.  Her first novel, the highly acclaimed “To Kill A Mockingbird,” was published in 1960, some fifty-five years earlier.  “Go Set a Watchman” is set in the same fictional Alabama town as its predecessor, and it presents the lives of its characters twenty years later. However, “Go Set a Watchman” was completed as a manuscript some years before “To Kill a Mockingbird.” Lee’s editor at Lippincott, Tay Hohoff, a Quaker by upbringing and education, was most impressed by the flashback scenes in “Watchman” and convinced Lee to expand them into a novel focusing on the earlier period in the characters’ lives, the result being “Mockingbird.”  There was never any discussion at the time, or indeed during Hohoff’s lifetime, of publishing “Watchman” too.http://www.nytimes.com/2015/07/13/books/the-invisible-hand-behind-h...

From this historian's viewpoint, “Watchman” contains a penetrating and accurate portrait of the American South in the mid 1950s. It illuminates the important role of the Citizens' Councils (a more genteel version of the Ku Klux Klan) in the venomous segregationist backlash against the 1954 Supreme Court Brown v. Board of Education decision. It has a visceral immediacy in its portrayal of the white backlash to the Supreme Court (and to the Montgomery bus boycott of Rosa Parks and Martin Luther King, Jr.) that is not to be missed.
You can read more from Steve about the book here: