“But Who Do You Say That I Am?” – Quakers and Christ Today, by Douglas Gwyn

There has been a universalist dimension to Quaker-Christian faith from the beginning.  It is grounded in a paradox that cannot be resolved, only lived.

In February on Quaker Universalist Conversations, we introduced our call for new blog post contributions on the topic of Quakers and Christian Universalism with a different quotation from the pamphlet cited above. 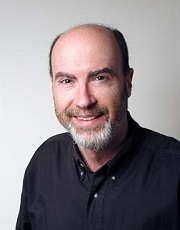 Douglas Gwyn (see Note 1) grew up among the pastoral Friends of Indiana, received training in “historical critical” methods of biblical study at Union Theological Seminary in New York City, and has lived for “forty years of Christian devotion and ministry” as a Friends pastor, as a writer, and as a teacher of Quaker Studies at Pendle Hill and Woodbrooke.

In But Who Do You Say That I Am? Gwyn “explores the different stances Quakers have assumed in relation to Christianity, from the unique ‘primitive Christianity revived’ of early Friends, through the foundationist, Conservative, ecumenical, interfaith, universalist, and nontheist positions of different Quakers today” (Note 2).

Gwyn begins with his own story, in order to reveal the grounding for what he calls his “Christian-universalist vision” in several “key orienting experiences of early adulthood.”

I grew up in a comfortable but not very challenging pastoral Friends meeting in the American Midwest….  In my own experiences and inclinations, I was probably more of a nature-mystic than anything else.

At university…in 1968, I received a distinct experience of calling to ministry.  Alone one evening in my room, I perceived the words, ‘Be a minister.’  I had never for a moment considered that vocation.  I was planning to become a scientist.  Yet as I considered it, I began to realize that ministry named some gifts I might have and called me to grow into them.  But I was not yet a Christian in any serious sense when I was called to be a minister. (5)

At Union Theological Seminary in New York, Gwyn became interested in the historical critical method of studying scriptures.  He writes that “critical re-readings of the Bible did not demolish its meaning for me—they added historical and human texture.”

While at UTS, Gwyn had his second key experience:

I encountered Christ seriously for the first time….  In the Spirit, I embraced the risen Christ and understood that everything he had done and had suffered was in love for me.  That existential confrontation consolidated my being, gave me the sense of identity and confidence to ‘be a minister” and not just emulate others….

Significantly, both of these key orienting experiences occurred at moments of crisis in my young life.  God meets us at our extremity, where we are beyond our limits, when we despair of ourselves.  Only then can God get past our defenses of competence and self-worth.

So my faith odyssey began somewhat like Abraham’s, with the all of a God I did not know distinctly.  That initiating experience has kept me open to the experience and understanding fo people of other religious convictions, or of none. (6)

The third key experience for Gwyn came when he returned to New York for doctoral studies in 1977 and began studying George Fox and early Friends.

In learning from Fox and early Friends, I discovered a theological tradition that answered the Christian-universalist paradox of my own experience.  Early and traditional Quaker Christian faith holds to both the biblical Christian meaning of the Light within and the universal extent of it in human experience.

It has been one central concern of my ministry over the years to help Friends understand this paradox and to resist opting for one side or the other of its bewildering truth. (6-7)

The testimony of early Friends

Gwyn next lays the historical context for his exploration of the differing Quaker traditions.

A free and mysterious Christ has been at the center of Quaker faith and practice from the beginning….  This Christ came as promised, ‘like a thief’ (Rev. 3:3), stealing into the world through each person’s conscience, teaching men and women at a level below both Christian doctrine and human reason….

[George Fox] confronted men and women with an existential crisis.  In the Christian-saturated culture of his day, he restated Jesus’s question, ‘But who do you say that I am?’  For example, he challenged a parish congregation at Ulverston in 1652: ‘You will say, Christ saith this, and the apostles say this, but what canst thou say…?’

But in the nineteenth century the Quaker conversation in Christ began to break down.  Friends in both Britain and America were drawn into conversation with other vital streams in their culture.

In effect, we began responding to Jesus’s first question, "Who do people say that I am?"  That is, we took our cues from traditions other than our own.

Those traditions have their own vitality and integrity, to be sure.  But we lost something rare and precious when we stopped speaking in the Quaker voice, when we no longer knew how to make that voice our own and answer Jesus’s second question, "But who do you say that I am?" (8-9)

With these personal and historical testimonies as a foundation, the remainder of Gwyn’s pamphlet explores the key trends in modern Quaker faith and practice: Foundationist and Conservative Friends, Ecumenical and Interfaith Friends, and Universalist and Nontheist Friends.  In each case he reviews frankly what he sees as both the strengths and the weaknesses of each trend.  He ends each section with queries addressed to the followers of each path.

For example, here are his queries for universalist and nontheist Friends:

Who is the Christ you have outgrown or find incredible?  Are you judging Christ according to caricatures of Christians (some of them real enough)?  Have you really encountered this mysterious figure in the gospels?  In your heart?  Are you prepared to grapple with the deep paradoxes and troubling ironies of a mature Christian faith?  You can report what others—believers and disbelievers—have said of Christ, but what canst thou say? (28)

Regardless of where one finds oneself on the Quaker spectrum, But Who Do You Say That I Am? is a richly challenging work.  It invites the reader to step beyond the comfort zone and to consider Jesus without either the trappings of traditional religious notions or the defensiveness of modern ideological debates about religion.

One final query for readers of this post, paraphrasing Douglas Gwyn:

What can you say about your personal grappling with the deep paradoxes and troubling ironies of a mature faith?

Please visit our Submission Guidelines, consider contributing a new blog post and, if you are interested, email us at blog@universalistfriends.org.

2. From the back cover blurb of Pendle Hill Pamphlet 426.

Listening, prophecy and reconciliation: allyship in a climate emergencyJoin us for a week of…See More
2nd day (Mon)
0 Comments 0 Likes

Matthew Callow commented at the end of his discourse on liberal British Quakerism: "It often feels…See More
1st day (Sun)
0 Comments 1 Like

Mackenzie replied to Kirby Urner's discussion 'Is Semite Really a Synonym for Jewish?'
"In the context of the word "antisemite," yes, it definitely is a synonym for Jewish. My…"
1st month 7

"https://youtu.be/hAt8-_9ApnI I see Conservative Friends in the US have a school - wonder if it has…"
1st month 7