Sarah is Assistant Professor of History at San Francisco State University and author of Holy Nation: The Transatlantic Quaker Ministry in an Age of Revolution (University of Chicago Press, 2015). 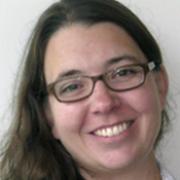 1. Can you share a bit about the "Holy Nation"? What is the main thrust of the book and what led you to this topic?

I actually planned to write a dissertation on the experience of traveling Quaker women, a study more in line with Rebecca Larson’s Daughters of Light.  I started reading the journals and letters of 18th-century Public Friends, looking for ways in which male and female ministers' experiences ‘on the road’ were influenced by prevailing gender norms.  Instead, however, I became fascinated by the frequent (Scriptural) references they made to a “holy nation,” and their warnings/pleas to audiences that Quakers could not allow themselves to be torn apart by worldly events.

My book grew out of my attempts to understand the meaning of this phase and its political implications in the 18th-century.  Essentially, I argue that Friends saw themselves as part of a “holy nation”: a transnational community of like-minded believers united in opposition to unholy governments and laws.

Let me refer directly to the longer, but hopefully relevant passage in the book: "Quakers’ identities were thus not only separate from but in opposition to that of the nation during this critical period, and this positionality represented a triple threat to eighteenth- and nineteenth-century governments. First, Friends’ primary political identity was invested not in the nation or the empire but rather in a loose, transatlantic alliance of Society members. They maintained more intimate relationships with Friends thousands of miles away than with their nearest neighbors, thereby undermining the idea of a united citizenry. Second, Quakers were united in opposing many of the governmental practices used to secure and exert state authority. They universally refused to fight in or fund the revolutions and wars advanced by these politicians and instead offered financial, physical, and emotional support to one another across “enemy” lines. They also rejected emerging definitions of citizenship, refusing to heed calls for patriotic devotion and sacrifice. And finally, Friends’ activism often underscored the distance between the promise of democracy and the practices that violated it. Their continued and open resistance to militia musters and drafts, th

eir refusal to pay wartime taxes and levies, and their public condemnation of the government’s tacit sanction of slavery exacerbated the tension between Society members and political authorities. In these three wa

ys, Friends’ holy nation challenged the common supposition that religion and nationalism were mutually constitutive during this period and demonstrated instead the role of religion in questioning the form and character of the nation-state and offering concrete alternatives."

You can read more here:
http://quakerlibertarians.weebly.com/blog/an-interview-with-holy-na...