I had the good fortune to be at the Guilford College Commencement on Saturday: a joyful ceremony on a sun-dappled day. (I was there to celebrate the graduation of my nephew, James Alexander Trout.)

The day had additional resonance for me because it marked the final commencement for Max Carter, Director of the Friends Center at Guilford since its founding in 1990. For a quarter century, Max has led one of the most vibrant campus ministry programs on any college campus. Its signature Quaker Leadership Scholars Program (QLSP) was begun in 1992.

In his Invocation at this Commencement Max encouraged us to see Guilford as a sanctuary, having served so for many through various wars and internments and the ordeal of slavery. Hearing him speak, I found myself thinking of Guilford in other terms, too: as a garden. Guilford has been fertile soil for leadership among young Friends. 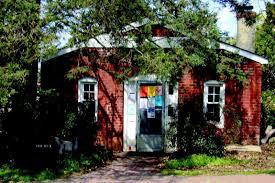 Under his leadership, Guilford has drawn many young Friends (and not just Friends) to the college. Max has mentored and supported them both to grow in their spiritual lives and to take up the challenges of leadership. Many meetings and Friends organizations are much the better for his stewardship.

Of course he hasn't done this alone. Deborah Shaw serves as Assistant Director. Frank Massey has also joined the Friends Center staff.  A recent anonymous gift has now created an endowment to support the Friends Center director, and given the position the title of William R. Rogers Director of Friends Center. (The Center was created while Bill was Guilford's president.)  Soon, the very capable Wess Daniels will arrive to take over from Max as Director.

As Max departs, the world of Friends owes him a debt of gratitude.