We're coming up on our last full week of this month's Discussion Carnival on "The New Do-It-Yourself Organizing." There has been some good featured blog posts but not a lot of discussion here on the QuakerQuaker forum. So let's stop beating around the bush and ask the hard question:…

OK, so let's get started. I remember the day in 1986 when I stood up before a fresh class of Friends Academy (Locust Valley, NY) 7th graders and started to teach Quakerism for the first time. And since the early Friends writings that had been so critical to me in returning to Christ were so inaccessible to young readers, I decided to just use the biblical narrative to introduce them to Quakerism. We started talking about the Bible as if it were just another book you would take off the shelf,…

For the last few weeks we've been experimenting with sending automatic weekly updates via Mailchimp. I haven't found it as useful or personal as I'd like, so I'm switching back to manual postings.

This month's Discussion Carnival theme is The New DIY Organizing. "DIY" is slang for do-it-yourself and we've been…

Happy Birthday to Us!

(From Martin, QuakerQuaker's publisher)
Hard to believe, but the QuakerQuaker community is turning five years old in a week! The project evolved gradually over time but December 6th will be the fifth anniversary of the registration of the QuakerQuaker.org domain, which makes it as good a birthday as any other marker.…
Continue

Before continuing reading this article, go to this youtube video. I've been a fan of The Onion News Network for a while now, they really do provide some good social and political satire. I do really love satire, because it is a superficial untruth that speaks to a deeper truth. Okay, so now that you've had a good laugh, go to the last few seconds of the video, and watch…

The basis and structure of The Religious Society of Friends

My proposal is that the Religious Society of Friends exists to enable its members to be more faithful to God. It exists because God is the Creator and We are Creatures, part of a broader Creation for which we are (in the image of God) stewards. Each of us has the overwhelming task of discerning our place in the creation and our responsibility as stewards.

From Commandment to Declaration

During worship this week I realized that with the coming of Christ, and for Christians, what had been a commandment - You shall love the Lord,… Continue

This past weekend I attended the second Northeast gathering of Christ-Centered Friends. I originally intended to post some reflections about it at QQ, but I couldn't figure out how to post on the QQ page for the event. While attending the gathering, I had an opening that I posted on my blog. Today I realized that I was negligent in not posting about this gathering first. I complained on my blog about a particular meeting that I attended lately,… Continue

A long standing article of faith for me is that God cannot be captured by my imagination. The times when I have felt most uncertain about my faith in God were those times when I found myself imagining a God who seemed improbable, or who didn't act in the ways I thought God should. Or when I thought God's existence should be something readily demonstrable to everyone's satisfaction (particularly mine) and that simply did not seem to be the case.

But God does not need to meet any of the… Continue

Why I am a Plain-dressing Quaker, and why I cover

I was walking the dog today and processed a lot of this Plain thing that has been going on. I realize by just saying, “I think I’ve figured it out” that I have not indeed figured anything out for any length of time. So here’s what I have so far.…

The Woman with the Water Jug Today in Bible study I encountered a particular passage. Sometimes one receives precisely the message one needs at the time. The topic centered around the idea of salvation, in all its many incarnations. I have recently become frustrated with people who believe that any movement, system of belief, or gathering is only for them when it benefits them personally. In all of the things I do, I have experienced periods of emotional, intellectual,… Continue

While a member of another faith group, an old joke was invoked every time turnout on any given Sunday was less than expected:

This same conundrum, modified slightly, could easily apply to many liberal Unprogrammed Friends, regardless of the season or the time of year. I make light of this not to raise the specter of collective guilt, but… Continue

And A Little Child Shall Lead Them

This morning at meeting for worship a toddler reminded me of an experience that I knew as a child and was reintroduced to by my daughter. It seems I need a remedial lesson.

Beatrix, our newest attender, has just learned to pull herself to a standing position. She approaches the world with awe and wonder. Her aim to touch, taste and explore. She does so with absolute trust. She celebrates with squeals and hands beating a rhythm on a nearby chair. Fearless, she crawls forward unaware of… Continue

Addressing the Poisonous Root of Bitterness

I have written openly about my Christ-centered faith on numerous occasions. I rediscovered it relatively recently after rejecting it out of hand earlier in life. The best way to describe the experience is that, for whatever reason or another, it found me, rather than the other way around. A belief in a higher power keeps me mentally supple and not fixated on the… Continue

Plain on the Outside, Fancy Underneath 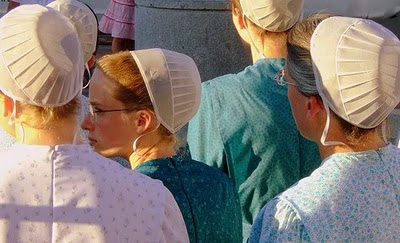 On Tuesday afternoon, while returning from an errand, I stopped briefly at Union Station here in DC to get some lunch. Union Station has long been a busy depot by which rail and bus traffic arrives and departs, and it also serves as a rail and bus stop for area public transportation. With the passage of time, part of the inside of the terminal has been… Continue

So I found this quote on the michiganquakers.org...We differ from
“liberal” Friends in many ways: many liberal meetings have ceased to
be Christian, and have become at best ecumenical, permitting and
even embracing the beliefs and practices of other, non-Christian and
even pagan faiths... "and "ouch" was my first reaction.

I do agree with most of it, but the first description… Continue

Boundaries and Guidance within a Spiritual Life

As I have lived my life more in line with the Spirit, I have felt a greater communion with others. My anger and resentment has diminished noticeably. I find myself more comfortable around people who are superficially different from me. But I notice too that my emotional response to other people's pain and suffering is considerable. Where before I might have dismissed a tragedy with a shrug of the shoulders, I now often burst into tears. When… Continue

Earlier today, I was discussing a decision I had made with someone who did not appreciate it. 'nuff said.
In any case, this dear friend said, during the conversation, "Jesus was not a quitter."
And my response was, "No, He was not. He also did not do many things others wanted Him to, because he was very clear about what His purpose was."
Later, I was tempted to go through a shoulda coulda woulda with myself, about my…
Continue

Query to the Faithful 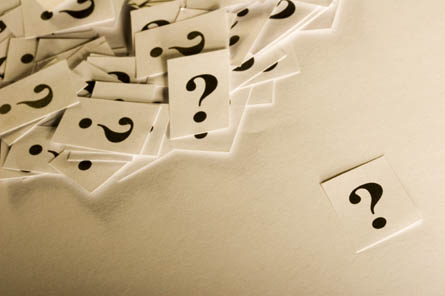 This post was originally written for an Ecumenical Audience.

Do pardon this brief post. I'd like to return once more to the recent Young Adult Friends gathering I attended in Kansas by sharing a particularly pertinent anecdote. While in a small group one day, a Friend, as was her wont, told a compelling story. I've mentioned… Continue

Why I am a Quaker

Seven years ago, I was a devout Catholic. I had been raised Catholic by parents who didn't actually believe in God or Catholicism, and by the time I finished high school I didn't believe either. But then, years later at a difficult time in my life, a friend invited me to attend a local Catholic church with her, and it felt like coming home. I was more comfortable there than I had been anywhere else I had tried to go. I still disagreed with all the things I had always disagreed with, but I loved… Continue