Jury Duty and Friends: Swear not!

A good 13 or so years ago, I got called for jury duty. I was never empaneled, but I got a taste for what a Quaker faces when the bailiff swore us in. "Uh-oh." I had to ask the bailiff to make an accommodation for me, since I will not take oaths. Apparently the courts are agreeable about asking jurors to swear OR affirm that they will tell the truth, and the bailiff was happy to make the language adjustment for me.

Not so with a hostile attorney during the voir dire. He grilled me on…

Primitive Christianity Revived - But Not By Us

I think it's safe to say that if George Fox or William Penn came to my house looking to see how their vision of Quakerism as primitive Christianity revived was progressing, they would be pretty disappointed. They would find a well-intentioned, averagely good person who is completely committed to recreating the Kingdom of God on earth, as long as it doesn't impinge too much on her comfortable life style, status in the community or retirement plans. She believes fervently that the…

Here are the last few podcasts from North Valley:

last Sunday of Advent - "Anticipating the Promise of Transformation"

Christmas Eve service (including a Readers Theater I wrote) My Swimmer, based on Picasso's/paper on pastel ©2011 Cathy Barney

Water, for me, really does have living qualities. It has taught me much about spirituality; particularly trust, patience, rhythm and surrender.

To some degree, you do have to trust the water to hold you. You must…

Lately I've been watching the rather wonderful BBC series 'Coast' on DVD, so the sea was on my mind yesterday as I sat down with the Bible, my sketchbook and my journal. At present I'm reading through Isaiah. In Isaiah 41, I found the verse:

'Listen to me in silence, O coastlands, let the people renew their strength; let them approach, let them speak; let us together draw near for judgement'.

The idea of Christians as the coastline appeals to me. The shoreline is different. It…

Tried NOT to dwell on the thought that I needed a second mammogram all of last week and I did well in not keeping it front and center, but it did gnaw a bit, always at the back of my mind. I presume that's natural. This is the third time in 12 years I've been called back. Each time I worry a little less, telling myself it was ok last time, but remembering my mother's sister who died of breast…

I can live a rather Scrooge-like

Carols from Kings and other Key Customs

Tom has just come into the steamy, biscuit-filled kitchen, and found me in tears, again, at the Carols from Kings. As regular as the annual Carols from Kings I'm to be found, 3pm GMT on Christmas Eve, half-filled glass of Baileys, wet drips plopping from my nose.  It sums up where I'm not, today. With whom I'm not, today. It evokes deep homesickness, even though my home, for now, is here.

Christmas has so many spliced through experiences, both now and then, multiple layers evoked in…

Light and Gold: Stephen Dotson on the Spirit of the Occupy Movement

What is the spiritual core of the Occupy movement?  Stephen Dotson, PYM Middle School coordinator extraordinaire and active participant in Occupy Philadelphia, shares his insights into the basic ethics of right relationship and human…

My daughter and I work our way down the Atlantic coast of Spain to Tarifa, then across the straits to Tangier, Morocco, where we are the guests of  Muslims devoted to peace and interfaith understanding.

More attention to what that other silly fool actually means.

More faith in the One who leads us.

More time than I have to waste, lately.

If I've recently failed to hold up my end in Friendly games of Mudinyourface, it may be because I'd much…

There's a shadow on your mammogram.

Those words from last Friday haunt me a bit, though not as much as if I hadn't been called back before.

Yes, it IS in the back of my mind as I wait a week for another go-round. Why do these things always happen over the holidays, a time when it isn't possible to get right back…

Can a salary be unconscionable?

In an age when entertainers, sports stars included, can  make over 12 Million a year and CEO's 147 Million, I wonder if anyone else finds these salaries unconscionable.  Never mind unconscionable, how about obscene?  Is it just me or are these numbers so out of touch with the 99 percent of the World that our entire value system has to be judged as bankrupt.  Not to give any weight to the "Occupy" movement as a valid movement but isn't the object of their outrage the kind of situation that… 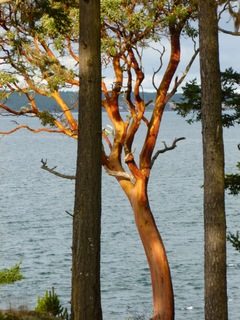 Just went shopping for a 2012 calendar for my office. I thumbed through a stack of them in a bin at my local bookstore, searching for a size that would fit in a small space of wall over my desk and with images that would soothe or inspire me. About midway in the pile, I found “Simplicity—Inspirations for a Simpler Life.”  This is the one, I thought as I looked… 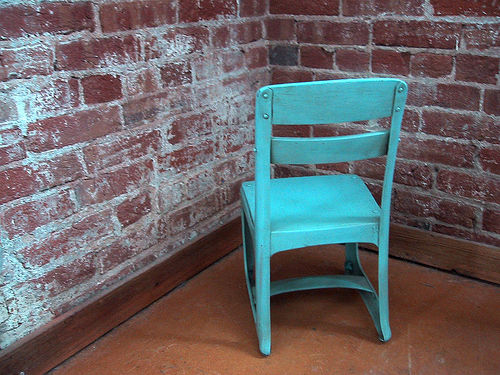 It is often said that Friends have short fuses around politics and long fuses around people. Should something highly ideological and politically loaded be mentioned during Meeting for Worship, intense passions have at times led to tense moments. On the other hand, should a member of the Meeting behave inappropriately and in a consistent fashion, they are…

Anticipating the Promise: The Way of Abandonment & Faith

Join us in our Advent sermon series. Here, Lynn Holt shares about the Advent idea of waiting through the promises given to Abram & Sarai.

First let me express thanks to God for continuing revelation and abiding faithfulness!  I have never known anyone or anything so sweet and good!


Over the past several years I have been led very distinctly to keep my hair a certain way.  The discernment surrounding this has been long and painful at times but has sweetly brought me closer to God.  It is not a way that I would like to keep my hair.  In fact I do not like it. I do love and trust…

Shining out into the world

Are you living into your name? Have you ever even thought about it? I hadn't much until Sunday's worship when I heard a message about living from the heart, which we then practiced the rest of silent worship.

It was overwhelmingly powerful for me. Mostly because it affirms where I live most of…

Doug Gwyn, author of several books on the theology of early Friends including Apocalypse of the Word, and Conversation with Christ, is currently writing and teaching at…

Anticipating the Promise of Emmanuel

Our Advent series is called "Anticipating the Promise." The message in this podcast is from me, with several sharing in open worship afterwards. I explain where we've been in our previous sermon series and tie that in with the Advent theme, reminding us that God is with us now, and we can hear part of the story of God's interaction…