Looking around the US in the fall I am struck by how the majority of my fellow citizens can be broken down into two camps.  The first camp spends Monday through Saturday talking about the past Sunday's events and what the next Sunday has in store for them.  Some of them do it on the radio, at work, at family gatherings, breakfast, lunch and dinner.  They do it with strangers as well as co-workers, friends and family.  Then on Sunday they gather at places of public assembly or, if they can't…

Daily Old Testament: Micah 4 and My Own Article on "Continuing Revelation" (Part 3)

Micah 4 – “In the last days, the mountain of the Lord’s house will be the highest of all—the most important place on earth. It will be raised above the other hills, and people from all over the world will stream there to worship. People from many nations will come and say, ‘Come, let us go up to the mountain of the Lord, to the house of Jacob’s God. There he will teach us his ways, and we will walk in his paths.’” (4:1-2).

God will “wield authority over many…

Daily Old Testament: Micah 2-3 and My Own Article on "Continuing Revelation" (Part 2)

Micah 2 –People lie awake at night thinking of evil things to do. “When you want a piece of land, you find a way to seize it. When you want someone’s house, you take it by fraud and violence” (2:2). The Lord will repay these evils with dire punishments. “You will no longer walk around proudly, for it will be a terrible time” (2:3).  Others will be placed in charge of them.

The people have no ears to hear any of this. They would prefer the words of false…

When have you experienced the Light through a member of your family?

Chapter 15 of Minding the Light: Our Collective Journal is now available online and attached as a PDF file below.  For this chapter, we invited Friends to respond to the query, "When have you experienced the Light through a member of your family? No matter how you define family, we are looking for a story of how the Light was revealed to you by someone close to you.   We received 13 stories in response.

Daily Old Testament: Micah 1 and My Own Article on "Continuing Revelation" (Part 1)

Introduction - This prophetic book was written sometime in the 8th c. BC before the fall of Samaria in 722 BC. Micah is one of the twelve “minor prophets”; he was a contemporary of Isaiah, Amos and Hosea and the kings who reigned during his prophetic life were Jotham (742-735), Ahaz (735-715) and Hezekiah (715-696). His message is addressed to both Samaria and Jerusalem; he was the first prophet to predict the downfall of Jerusalem. But he also…

The Holy Ghost on the Eve of Halloween 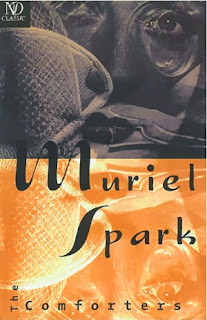 On Thursday, we will celebrate another Halloween. Children are no doubt hard at work already making plans to accrue as much candy as humanly possible. When I was that age, all the boys in the neighborhood planned for this holiday like the Allied forces prior to the amphibious assault upon Normandy. Sugary treats…

2 Maccabees 14 – Around 161 BC, Judas learns that the son of Antiochus Epiphanes who should have succeeded his father – Demetrius – has been released by the Romans and had arrived at the port of Tripolis with a strong army and a fleet of ships. He had killed his brother Antiochus V and Lysias.

A “former high priest” one Alcimus, approached the new king and present him “with a olden crown and a palm, together with the traditional olive branches from the Temple” (14:4),…

Daily Old Testament: 2 Maccabees 13 and My Own Article on "Friends' Testimonies" (Part 11)

Menelaus – Benjaminite brother of the High Priest Simon who suggested that the Temple be plundered back in chapter 4 - collaborates with the enemy, but Antiochus finally has him…

Daily Old Testament: 2 Maccabees 12 and My Own Article on "Friends' Testimonies" (Part 10)

2 Maccabees 12 – While there is this new pact of peace made with the Jews, some governors – Timothy, Apollonius, Hieronymus, Demophon and Nicanor, still will not let them live in peace.

It isn’t long before there is another assault on the people - an unexpected drowning of people in Joppa. Judas takes revenge and then goes on to head off a similar assault on the Jews of Jamnia. Clearly, as he sees it the whole campaign embodies a recommitment of the Jews to…

Daily Old Testament: 2 Maccabees 11 and My Own Article on "Friends' Testimonies" (Part 9)

2 Maccabees 11 – Lysias, the brother of Antiochus [a new fact about him here introduced] and head of the government, wants Jerusalem to be a city amenable to those who love Greek culture. He also wants the good old days back when they taxed the Temple, sold the high priesthood of the Jews for lots of money and basically ignored the will of God for the city.

Gil George has posted a blog that discusses dealing with Quaker testimonies and our attitudes towards them.  One friend in replying to the post points out the all or nothing attitude that can be found about testimonies.  I prefer the term Holiness as I have spent some time in Pentacostal churches that are related to the Holiness movement.

Open Letter to the next General Secretary of PYM

*For wide distribution–please disseminate. For a PDF version of the below open letter, click here.

**This is re-posted from theliberalquaker.wordpress.com.

The Next General Secretary

Daily Old Testament: 2 Maccabees 10 and My Own Article on "Friends' Testimonies" (Part 8)

2 Maccabees 10 - The Maccabaeans restore the Temple, pull down foreign altars and then encourage a penitent spirit among the people, begging God’s forgiveness and praying that never again will the people be subject to such cruel and godless oppression.

They celebrate for eight days and institute this celebration for future times as well – the Festival of Shelters [Sukkot].

Daily Old Testament: 2 Maccabees 9 and My Own Article on "Friends' Testimonies" (Part 7)

2 Maccabees 9 – Antiochus is outraged when he hears of the defeat of Nicanor and Timotheus. He races out to take revenge but God strikes him with a terrible pain in his bowels and “excruciating internal torture” (9:5) that cause him to smell very bad. The author uses this as a lesson in how God takes his revenge on those who persecute even in this life, and no matter how exalted a man may be in power, his power is not greater than the power of God’s justice.

An Exploration of All Boundaries Great and Small

Before I begin, I want to say that I always feel squeamish raising topics like this. I do not want to come across as a complainer seeking only sympathy and validation. I have known too many people who trouble the waters for their own ends. Let it be said here that I'm not seeking to be right, either, but I am trying to tell my side of the…

Daily Old Testament: 2 Maccabees 8 and My Own Article on "Friends' Testimonies" (Part 6)

2 Maccabees 8 – Judas Maccabaeus gathers together a group of 6000 men who are ready to fight. They “called upon the Lord: to look upon his people, who were down trodden by all; and to take pity on the temple, which was defiled by the impious; and even to take pity on the city by utter destruction, for it was willing to be immediately leveled to the ground; and to hear the voice of the blood that was crying out to him, so that he would remember also the most iniquitous deaths of the…

Daily Old Testament: 2 Maccabees 7 and My Own Article on "Friends' Testimonies" (Part 5)

2 Maccabees 7 – Seven brothers are also models of the kind of Jewish revival the Maccabees seek. They refuse to comply when the king orders them to eat pig’s flesh. To punish them, he orders one of the seven – the spokesman – to be tortured and killed. He is cut up and fried. Both mother and other brothers look on but only encourage one another in accepting martyrdom. “Inhuman fiend, you may discharge us from this present life, but the King of the world will raise us up,…

2 Maccabees 6:18-31 – A man named Eleazar, an elderly man who is “one of the foremost teachers of the Law” (6:18) goes to an event at which he is compelled to eat “pig’s flesh.” He chooses to go “to the block” rather than submit to this desecration of Jewish Law. There are people at the event who respect him and try to save him by getting him to “pretend” to eat it (6:21). Instead, he “publicly state[s] his convictions” (6:23), fearing that the young might be misled by his…

ESR Director of Recruitment and Admissions Matt Hisrich reflects on a recent book about building bridges between atheists and those of faith: 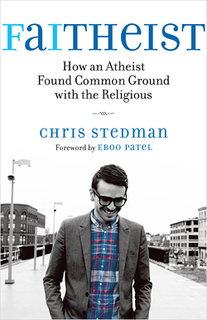 Harvard University Assistant Humanist Chaplain Chris Stedman seeks to chart a different course from the combative “New Atheism” of Richard Dawkins, Sam Harris, and others. As the…
Continue