Are you a productive member of God's Kingdom?

When I was growing up it was common to hear people exhorted to become productive members of society. I was thinking of that today as I waited for my Grandson to be dropped off so I could take him to the house where he is presently living. He is 21 and has Aspergers. He is very bright but obsessive about some things of no productive value to Society and very naive or clueless about social standards. Now not caring about social standards is one thing, not being aware is another. He is not now a… Continue

Why? Twice as bad.

(Mat 23:15) Woe unto you, scribes and Pharisees, hypocrites! for ye compass sea and land to make one proselyte, and when he is made, ye make him twofold more the child of hell than yourselves.
How is it possible to convert another human from their pagan religion . . . to…
Continue

She does not know what she is worshiping.

Dumping my old culture five years ago was an important spiritual step. I saw myself clothed in chains of my old culture. As each cultural chain broke off my body I felt a new freedom and sadness at the same time. I thought the sadness . . . that I experienced was me . . . It was not me . . It was a spirit trying to bring me back to my old culture. The instant I saw the spirit it became powerless over me.
I've saw a different spirit this week, and it stood with power . . .…
Continue

Folk Wisdom for the Modern Age

At meeting this past Sunday a Friend's message asked for help. Specifically she described a particular situation that was troubling her, namely the latest development of our militaristic society, the way that technology-based warfare can create atrocities just as easily as human hands. In so doing, she asked for specific prayers from those gathered for worship. I believe she was lamenting, in part, how human achievement can be so useful and so destructive at the same time. Many Friends rose to… Continue

Before continuing reading this article, go to this youtube video. I've been a fan of The Onion News Network for a while now, they really do provide some good social and political satire. I do really love satire, because it is a superficial untruth that speaks to a deeper truth. Okay, so now that you've had a good laugh, go to the last few seconds of the video, and watch…

Our Friday Wrap-up, Week Ending 10/22/10
God Talk:
Timothy Travis: Being Free Here and Now
"Sin and its resulting evil are not huge and not far away. Both are small, quiet and quite common..."

Danny Coleman: Hearing God
"It is when I get still and small myself that I'm apt to hear God…
Continue 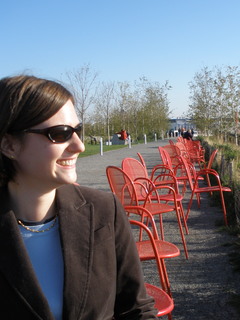 Ashley W shares the (sometimes messy) style of Freedom Friends. As a member of Freedom Friends, I feel honored when it is mentioned by someone from outside the church, but I know that the reality is a lot messier than our image sometimes is. When I have led worship at Freedom Friends, it has usually been a last-minute thing. Someone else was not available, and I am there and able to lead, so I… Continue

Danny Coleman: Hearing God. But what I find is that if my mind is filled with "stuff" -- TV, music, etc., then there is too much noise to hear the still small voice of God. It is when I get still and small myself that I'm apt to hear God speak. One of the reasons I became a Quaker was because they seem to have realized this and made it a central part of their worship.…

Timothy Travis: Being Free Here and Now. My states of mind create my behavior. Sinful states of mind cause evil behavior that causes problems for me and for those around me. Fear pushes me around as though I am a grocery cart. The work of Christ is to bring sin and evil down to earth, down to size, down home, down to me. Sin and its resulting evil are not huge and not far away. Both are small, quiet and… Continue 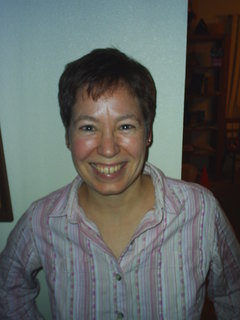 Susanne K: Liberal White Guilt and the Quaker Peace Testimony. 'The original [peace testimony] texts actually don’t address the impact of physical violence on its victims. Instead, the writers say they are willing to accept physical suffering if that is the consequence of refusing to engage in violent actions that would make them morally guilty.'…

Cherice: Preparation and Forms of Worship

Cherice: Preparation and Forms of Worship. I think if programmed worship is done well, it is planned in the presence of God. This means we listen to God as we're planning and preparing various elements. It also means we hold everything loosely during the worship time: if something doesn't feel right at the time, we're open and responsive to letting God change the plans… Continue

Does Faith Depend on Biology? 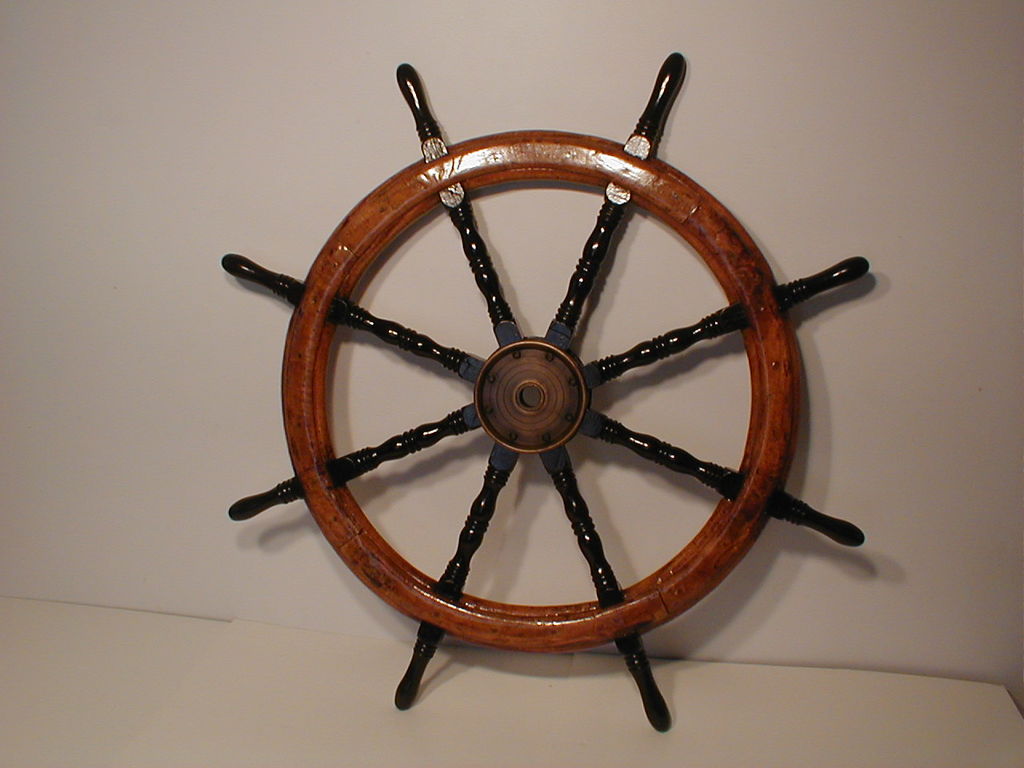 Right-brained people like me, by turn, have often experienced that which cannot be explained by human thought alone. Few of us find the mystical to be an abstraction. The world is full of experiences that words and concepts cannot accurately reproduce or reflect. We often see the analytical concepts so useful to others as mere constructs of the human imagination. Absolutes are few and a variety of interpretations can answer the same query.… Continue

Aj Schwanz: Wanting to commit to being with God Aj Schwanz: Wanting to commit to being with God. I have a piece of paper next to my bed with a quote from the previous week’s homework: 'God, I want to commit to starting every day by asking for you to remind me of your presence with me.'

Cherice: Living Out Calling in Radical Ways? And if we listen to Christ, are we willing to break away from mainstream Christianity in the United States and live out that calling in more radical ways? Are we willing to be different, to not just be another Protestant denomination with a few quirks, like not taking communion? We definitely need to make space to listen to prophets rising… Continue

Max Carter: Scripture written before homosexuality understood. In terms of homosexuality, I suspect that most scripture was written way before we had an understanding of the term - and the nature of human sexuality. Most clergy are products of their own culture and boxed sets of perceptions. Our personal experiences are limited. Our logic is often faulty and our reason… Continue

LizOpp considers privilege and prophetic ministry. What happens when we "persist in deciding things in this way" to the detriment of the bringing about the kin(g)dom of God? What if we give so much weight to the role of the community and to testing the sense of the meeting that we fail to recognize prophetic ministry that has risen from among us?…

Kevin Camp: Shall We Resemble Our Founder Or Our Creator? 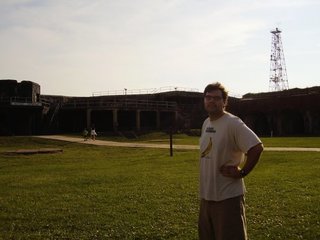 Kevin Camp: Shall We Resemble Our Founder Or Our Creator? I am reminded of this when I contemplate just how many schisms and divisions Quakerism has undergone over the years. Being that we carry within us the memory of George Fox, we often believe that our unique branch, yearly meeting, organization, tradition, or manner of worship is the correct one, and that someone else’s is in vain. One… Continue

Shall We Resemble Our Founder or Our Creator? 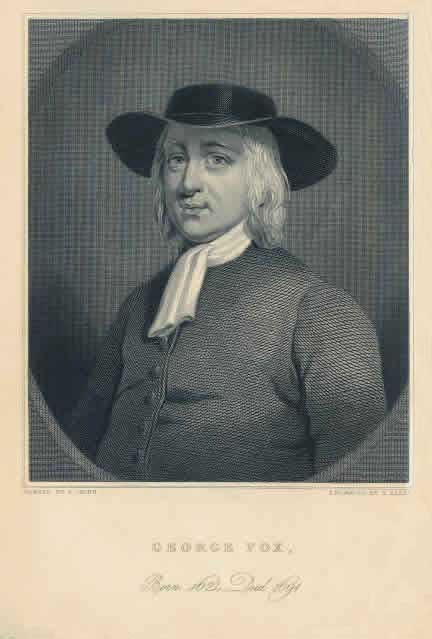 "I was to bring people off from all the world's religions, which are in vain."

A bold pronouncement for any age, this is George Fox in his own words. My respect for Fox is immense, but I must admit I simply can’t agree with it. Put this way, Fox comes across as something of an agent of intolerance, not an inspirational leader.

Last week, I spoke at some length to a friend who has expressed… Continue

David Johns: When Do We Lay it Down?