Daily Old Testament: Ezra 7-8 and My Own Article on "Friends and Scripture" (Part 6)

Ezra 7 – The reign of Artaxerxes begins around 464. This is the period during which Ezra makes his appearance. He is the son of Seraiah—Azariah—Hilkiah—Shallum—Zadok—Ahitub—Amariah—Azariah—Meraioth—Zerahiah—Uzzi—Bukki—Abishua—Phinehas—Eleazar—Aaron.

He arrives from Babylon around the 7th year of Artaxerxes’ reign. He “had set his heart to study the law of the Lord, and to do it, and to teach the statutes and ordinances in Israel” (7:10). The document…

Daily Old Testament: Ezra 6 and My Own Article on "Friends and Scripture" (Part 5)

Ezra 6 – The records are searched and the proclamation is found wherein Cyrus told the Jews to go back and rebuild their temple. Tattenai and the others are instructed to leave the alone, and in fact to assist them by paying the costs of the rebuilding “in full and without delay, from the royal revenue” (6:8).

If “anyone alters this edict, a beam shall be pulled out of the house of the perpetrator, who then shall be impaled on it. The house shall be made a dunghill”… 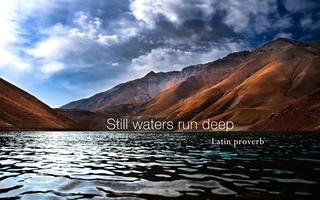 Those of you who have set up and moderated an internet-based board, website, or listserve know something of my frustration. Almost certainly, many of you have observed how easy it is for threads to derail or the conversation to be hijacked someone with an unresolved grievance. This is just as true for people of faith as it is for anyone else. Our conversations…

Daily Old Testament: Ezra 4 and My Own Article on "Friends and Scripture" (Part 4)

Ezra 5 – The prophets Haggai and Zechariah are in Judah and Jerusalem during this time. Tattenai, governor of the province west of the Euphrates (“Beyond the River”), came and asked them who gave them permission to rebuild the Temple and the names of the men working on it.

They send a letter to Darius telling him all that the workers told them—of the original building, of how because of their people’s unfaithfulness, they suffered its destruction and exile, but… 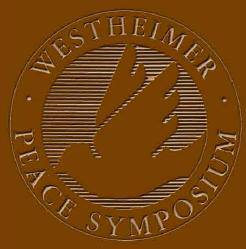 Daily Old Testament: Ezra 2-3 and My Own Article on "Friends and Scripture" (Part 3)

Ezra 3 – After seven months, Jeshua, head of the priests, and Zerrubabel, set out to build the altar of the God of Israel and to offer burnt offerings on it. They do it fearful of the response of the neighboring people (3:3).

They kept the Festival of Booths [or Shelters - Sukkot] and other offerings prescribed by the Law. They gave money to the masons and carpenters to work on the foundations, food and drink to Sidonians and Tyrians for the cedar they brought in…

Daily Old Testament: Ezra 1-2 and My Own Article on Friends and Scripture (Part 2)

Ezra 1 – “In the first year of King Cyrus of Persia, the Lord fulfilled the prophecy he had given through Jeremiah” (1:1). He sends the exiles back to Jerusalem to rebuild the Temple. 539 is the date of Cyrus’ conquest over Babylon, 538 the first year of his reign over the Empire. The 70 years turns out to be about 49 years unless, as a Jerusalem Bible note suggests you count Babylonian rule from the beginning of Jehoiakim’s reign in 609. Then the…

How Samuel Fisher Knew that God Was Still Speaking 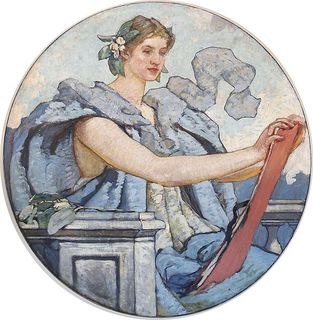 “While remaining in herself, [Wisdom] renews all things;
in every generation she passes into holy souls
and makes them friends of God, and prophets.” …
Continue

Daily Old Testament: 2 Chronicles 36 and My Own Article on Friends and Scripture (Part 1)

2 Chronicles 36 – Jehoahaz, son of Josiah, is made king. He is 23 and reigns only three months. The king of Egypt deposes him and imposes a tribute on the land. He makes Jehoahaz’s  brother Eliakim king and changes his name to Jehoiakim. Jehoahaz is taken to Egypt.

Jehoiakim reigns eleven years and does what is evil. King Nebuchadnezzar of Babylon comes against him, binds Jehoiakim in bronze chains and takes him to Babylon. Nebuchadnezzar also…

2 Chronicles 34 – Josiah is eight when he becomes king, and his reign lasts 31 years. It is a time of renewal and reform. “He did what was pleasing in the Lord’s sight and followed the example of his ancestor David. He did not turn away from doing what was right” (34). When he is 16 it say he began to seek God, and when he was 20 he “began to purify Judah and Jerusalem, destroying all the pagan shrines, the Asherah poles, and the carved idols and cast images. He ordered that the…

Back in the day, and I mean way back, I was given a tripod and transit and sent out to do some surveying.  I was never very good at it, at least not as good as I should have been to be a professional surveyor and fortunately for the world of construction I left that field for another.  However my lack of aptitude was a result of my lack of skill and focus and in no way should be laid at the feet of the time tested tripod which even today serves as a practical and reliable means of supporting…

2 Chronicles 33 – Manasseh is 12 when he succeeds his father. He reigns 55 years in Jerusalem, but does what is evil in the sight of God. He rebuilds the high places, erects altars to the Baals, makes sacred poles and worships “all the host of heaven” (33:3). He builds altars for these gods even in the two courts of the Temple. He makes his own son “pass through fire in the valley of the son of Hinnom” (33:6), practices sorcery and consults…

2 Chronicles 31 – When all this is finished, “all Israel” goes out to the cities of Judah, Benjamin, Ephraim and Manasseh and break down the pillars, the sacred poles and high places. Hezekiah organizes the priests and Levites, reestablishes the system of offerings and reinstitutes tithing so the priests and Levites can devote themselves to the Law. People give generously.

Hezekiah oversees everything carefully.  They have a surplus of wealth left over,…

2 Chronicles 30 – Hezekiah sends word to everyone in Israel and Judah, Ephraim and Manasseh to come “to keep the Passover of the Lord” (30:1). But they keep the celebration in the second month, a month later than usual. They could not keep it at the right time because of the paucity of priests and the failure of the people to assemble in Jerusalem.

“At the king’s command, runners were sent throughout Israel and Judah. They appeal to people, “O people of Israel,… 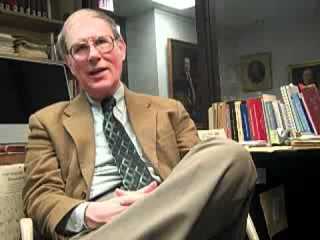 The Friends Collection is one of the three or four best collections of Quaker materials in North America, and one of the five or six best in the…

2 Chronicles 30 – Hezekiah sends word to everyone in Israel and Judah, Ephraim and Manasseh to come “to keep the Passover of the Lord” (30:1). But they keep the celebration in the second month, a month later than usual. They could not keep it at the right time because of the paucity of priests and the failure of the people to assemble in Jerusalem.

“At the king’s command, runners were sent throughout Israel and Judah. They appeal to people, “O people of Israel,…

2 Chronicles 29 – Hezekiah begins his reign at age 25. His mother was Abijah, daughter of Zechariah. He does what is right in the sight of the Lord. He repairs the Temple doors. He gets the Levites to purify the Temple.

The Lord has turned his back on them because of their unfaithfulness. But Hezekiah tells them “it is in my heart to make a covenant with the Lord, the God of Israel, so that his fierce anger may turn away from us” (29:10). They carry “all the unclean… 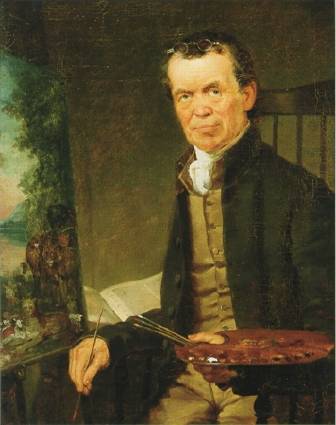 At the end of this year, my committee responsibilities will be no more. I'll have spent three years on Ministry and Worship and one year as the committee's clerk.  Truthfully, I am spent. Much like the month of March, I went in like a lion and am going out like a lamb. I began this endeavor charging hard, seeking to make reforms all over the place. Now I…

2 Chronicles 26 – Uzziah is 16 when his reign begins—he will reign 52 years in Jerusalem (783-742 BC). His mother is Jecoliah of Jerusalem. “He did what was right in the sight of the Lord, just as his father Amaziah had done. He set himself to seek God in the days of Zechariah, who instructed him in the fear of God; and as long as he sought the Lord, God made him prosper” (26:4-5).

He becomes very strong. God helps him against the Philistines, the Arabs in…

2 Chronicles 25 – Amaziah  is 25 when his reign starts, and he reigns for 29 years. He does what is right, but “not with a true heart” (25:3). He executes the people involved in his father’s death, but not their children. This is praised, for he follows here the dictate of Moses. “Parents must not be put to death for the sins of their children, nor children for the sins of their parents. Those deserving to die must be put to death for their own crimes” (25:4).