A rightwing Quaker is hard to find.

"Conservative" Quaker means normally that you are a traditionalist in all matters of religion and personal conduct, but not politically. To their honor, a lot of Quakers have been "Libertarians" when this kind of political ideology was fashionable, but where have they gone?

New Essay at Abiding Quaker: Introduction to "The Gospel and Self-Knowledge"

A walk through time out of Time. Manifesting those Quakers out of all Appearances.

A walk through time out of Time. Manifesting those Quakers out of all Appearances.

For twenty years I have attended Quaker Assemblies of various sorts. There was a time I almost sought membership in…

Whether Puritan, Catholic, or…

New essay at Abiding Quaker: "Opening the Scriptures: Parable of the Wheat and the Tares"

We cannot live outside of history," by Mary Klein, editor of Western Friend BYO"E" — Bring Your Own Experience to Way of the Spirit

BYO"E" Bring Your Own Experience

What makes the Way of the Spirit program so profound for participants? In part, it's the experiential approach I describe in post linked above. 2019 retreat cycle begins February 15-18 in Mt. Angel, OR. Details: …

What is it we all fear? We fear what our culture—or, rather, whatever part of our culture we pay attention to—tells us… 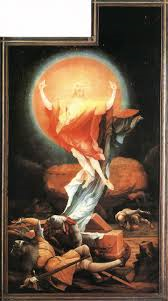 Imagine this happened to you:

You are reading a book on a park bench and someone walks up to you and punches your arm then yells at you saying, “Hey you hit me.”

Can anyone come up with a word for this behavior? I’m struggling to find a word that is right on target. Hypocrisy doesn’t seem to fit.

The Earliest Quakers and Liberal Quakerism

Many Quakers mistakenly assume that the modern liberal Quaker movement is not akin to the movement first began by the very earliest Quakers from the 1640’s into the 1670’s. Yet, three characteristics of these very earliest Quakers remain essential characteristics of liberal Quakers in modern times: Spiritual freedom, egalitarianism, and mysticism.

As with many spiritual movements at their beginning, Quakerism began as a free-flowing spiritual society. Highly influenced by Jesus’ own…

Those Early Quakers who were come out of the process of participation in and identification with outward Ecclesiastical and Magisterial Forms, Practices, and Prescriptions.

In 1673 a letter from an anonymous Quaker was published. This letter expressed the writer’s concern that those who were establishing outward structure to guide and inform the gathering were usurping the prerogative of the inshining Spirit itself in itself to rule and guide the gathering in and through the conscience and consciousness of people by forcing people in the gathering to follow their rule. He accused those establishment forces, who were admonishing or contending for submission to…

NOTE: This is the first of three Quaker Universalist Readers now republished in eBook format. All three volumes are…

William F Rushby replied to Keith Saylor's discussion 'From: The Ear of the Soul ...'
"Branson uses the "ear of my soul" 29 times in her journal, more than any other writer,…"
6th month 29