I think we tend to miss the point of the teaching story misnamed “The Good Samaritan” (Luke 10:25-37).

Almost always our focus is on the people who passed by the “man who fell among thieves” and the one who stopped, instead of on the framing questions by which Jesus signaled the living spirit of the story.

A lawyer asks Jesus how to attain eternal life. When Jesus challenges him to find… In separate conversations, two F(f)riends that I have known for a long time, Brent McKinney and Billy Britt, greeted me…
Continue

I find myself working with a George Fox tract, "To All That Would Know the Way to the Kingdom" (p 15 GF Works, volume 4).

Parked in the very first paragraph we find three (3) direct citations of scripture:  John 3:3-8, Revelation 1:9 & Colossians 1:13. Here's something that jumps out at me: he introduces the gospel passage with "Christ saith" but Revelation with "John the divine said" and Colossians with "the apostle said". "Said" is universal past tense of "to say" but "saith"… If you want someone to believe you, don’t confuse them with the facts.  Instead, help them to feel good about themselves and tell them a short but impactful story.  That’s what Christopher Graves said in an article he wrote in the Harvard Business Review…

Man at his coming into the world hath a light from Christ, him by whom the world was made, which is more than conscience; but he that hates the light abides in darkness, and so is not like to receive the spirit, but is reproved with it (The Great Mystery, p.342).

Though everyone who comes into the world has a light from Christ, not all love it, because loving it entails suffering, a dying to the self, the inward crucifixion. Not loving the light has tragic consequences, both…

Sweet Home Costa Rica: How Far Would You Go For Peace?

How far would you go for your beliefs?

It’s a question more pertinent than ever in today’s globalized world brimming with moral issues easily accessible with the swipe of a fingertip on any smartphone. In a virtual age where tapping a “donate” button equates to activism, how do we decide which causes are really worth risking everything for?

That’s the underlying challenge of …

Is Donald Trump the Anti-Christ? (No, really) 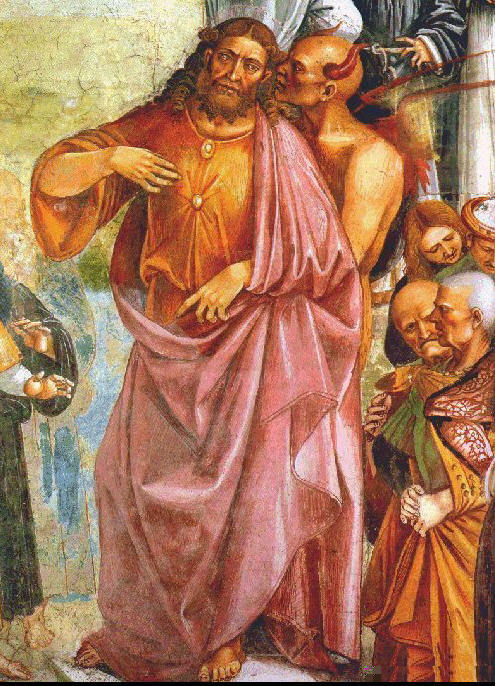 Donald Trump is many things to many people, most of them rotten to the core. Thinking people rightly see him as a threat to Democracy and basic decency. But you don't have to go to college or be highly educated to see the threat present in his ascent. I see an electorate that is underwhelmed and even discouraged by the major party candidates, but when it comes…

There are four distinct structural arrangements utilized by unprogrammed Quaker meetings.  Meetings tend to gravitate to one of these, or may use a hybrid structure taken from one or more of these. Here’s my assessment of them.  Which structure does your meeting use, and how does it work for your community of Friends?

This is where a spiritual core Presence is not a priority at the meeting.  Friends are there basically as individuals to…