Be Tender With Your Soul

it is pretty easy to get caught up in the vitriol spewing from each political party during these back to back weeks of party conventions.  We heard how one candidate is a fear monger and the other can’t be trusted.  We are told that it is a dark night in America and conversely that America is the greatest country on earth.  It is the job of the political conventions to paint their candidate in the light most favorable while casting the opposition candidate as…

The Fog of Politics

A fog formed over the western shore of Lake Michigan on Saturday halting all marine activity.  Shortly after, there was thunder high up and off in the distance towards the southwestern sky.  The thunder was something I had never heard before.  It was incessant, roiling continuously for a full forty minutes.  It felt as if I was sitting nearby a giant roller-coaster with a never ending stream of cars rumbling past.

The immediate power of life in itself in the thing itself.

The words "faith" and "belief" are often used interchangeably. Though the two can be related, they aren't synonymous. From the vantage point of Friends, Ellis Hein examines the different meanings of these words in his new essay titled "Faith or Belief: What is the difference" now posted at the New Foundation Fellowship website. Please feel welcome to visit: …

Keeping the Faith When Dialogue Is Difficult 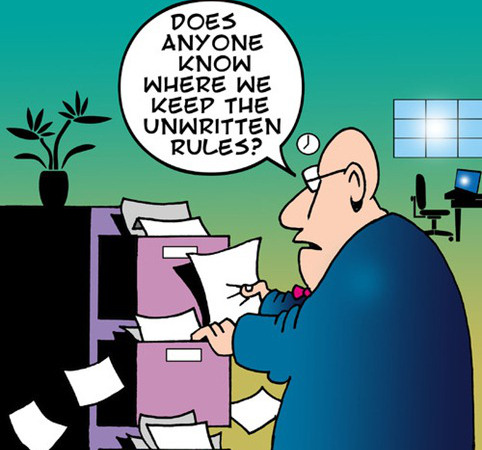 Some years back, the committee of which I was clerk decided to Elder a Friend for sharing vocal ministry too frequently. As long-term readers may recall, I aimed to deal as fairly with him as I could, but he took immediate offense and never returned to Meeting again. I wanted to open a free-flowing dialogue based on mutual respect, but he was content to take…

Please post comments on the blog, not here, so all can see and benefit from them. Thanks.

The withdraw of affection for meaning, purpose, and identity anchored in outward political and religious forms and institutions.

Or founding Quaker Heterodoxy revealed in the words of an early disaffected Quaker, Francis Bugg

I have recently been reading the writings of Francis Bugg as part of my ongoing work to give context to William Rogers documentation (1680) of John Wilkinson's and John Story's disagreement with George Fox and the institutionalization of the early Quaker gathering.

Briefly, Francis Bugg was a member of the early Quaker gathering. He eventually left the Quakers and set about actively…

Living the sufficiency of immanent Presence in the midst of conflict.

The circumstance of my life for the past few months has afforded the opportunity to walk among and interact with people whose identity, meaning, and purpose is, by their admission, anchored in a way of being or consciousness that "sees" itself in the context of outwardly reflected political and religious ideologies, theologies, traditions, creeds, and practices and the process through which those reflections occur.

The process of meaning, purpose, and identity being reflected through…

Even maligning white people and culture is white supremacy

Correct me if I'm wrong, I don't see people here talking about a very important kind of white supremacy.

I do see people discussing discrimination, prejudice, bias, and structural forms of racism, discrimination, and privilege, and their histories, as well as overt and coded white supremacy.

But I don't see people discussing a third kind of white supremacy. I'm not sure what name to give it. Maybe you can help me. I would call it "bourgeois" white supremacy, because it's rooted…

A SHOCKING ALLEGATION
Quakers support one of the most aggressive visions of assimilation and white supremacy of all contemporary religions. Certainly, Quakers took a bold stand against slavery (even if this was much ambivalent than we like to think) and Quakers believe that all people have the light of God in them, and do try to think and act to an admirable degree with this conviction, even if more attention could be paid to this issue. There seems to be nothing white supremacist about…

We Quakers here in Putney Vermont arrived at Worship today to find that our “Black Lives Matter”sign in front of our Meeting house was stolen some time this week. To quote from our minute on Black Lives Matter; “What’s important for us is that it’s not just a sign, not just a statement, it’s a commitment to join with others in doing the work we need to do.”

The stealing of our sign by some unknown community member hurts, but it in no way lessens our…

Today I received that email asking for more donation. It's a bit way long, but as a retiree, it's not a problem for me.  I got an idea to try increasing the "income" to QQ which have to be discussed prior putting on test.
I did not find communication infor about QQ. If any one can supply it, my email is:

[I ommit it to prevent…

Choose life: It’s a good rule of thumb. But the life I have inherited is one that’s built on killing. While I’m safely minding my own business (in a wealthy suburb in the richest nation that’s ever existed), killing and the threat of killing are adding to the wealth of the…