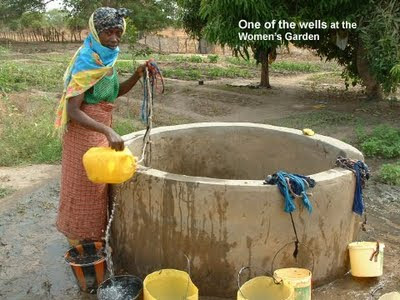 My father's mother was raised in an extremely religious family. Her father, a minister in a Pentecostal church that I would best describe as Holy Roller, believed in demonic possession. Sadly, my Grandmother was stricken with a variety of physical maladies that left her constantly ill and often bedridden. Following the teachings of her upbringing, his… Continue

Rich Morgan asks (on Quaker-L, an ancient ancestor of the blog) "Who or what to Quakers pray to-God, Jesus, the light . .. Who would a secular humanist pray to?"

Although almost all dictionary definitions of "pray" assume it is a transitive verb, with God (or something) being prayed to, it does not have to be so. One of the definitions is "to offer (as a prayer)," which in part describes my… Continue

A bit of a different structure for this episode of Friend Speaks My Mind;  twenty five minutes dedicated to investigating the issues of Quakers and social class raised in…

The Fruits of Aging 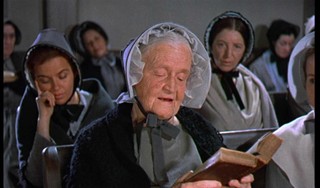 On this episode of Friend Speaks My Mind, Quakers and Aging, I explore the question, what is the experience of being an older friend, both physically and spiritually?  I begin by heading to Kendal for a tour of the retirement community, led by Peggy… 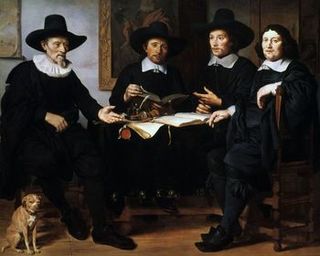 On this episode of Friend Speaks My Mind, a look back to the history of Friends through the exploration of some untapped Quaker History resources.  First, Don Davis gives me a tour of the archives at the American Friends Service committee; then an… Continue

Spirit in the Digital Age

On this episode of Friend Speaks My Mind, I explore Quaker's relationship with technology, from cell phones to Facebook.  I start…

On this episode of Friend Speaks My Mind, a peek into the experience of…

Friend Speaks My Mind is a new audio project, "exploring the soul of Quakerism."  Through interviews, documentaries, music and other sounds, FSMM seeks to capture the authentic voices and true stories of Friends as they experience Quakerism today.  The time was ripe to try something different, to explore alternative means of story-telling and creative expression about Quaker faith.   …

Connecting With My Quaker Roots

New Garden...Warrington...Cane Creek...Holly Springs...Austin, Texas?﻿  Surely if God did not build the house, the workers labored in vain.

Sometimes when I am afraid to admit that I have been in and out of unity, I focus on God's love.   I pray that my seeking a genuine relationship with God honors God first, but also honors my fathers and mothers who were brave in spite of the hostile social and political environment in the colonies.

In these times and especially at this…

the harsh truth and the cheerful order

(I wrote this poem after reading George Fox's letter to Friends from which the famous phrase 'walk cheerfully' comes. it is an amazing piece of writing.  I've mixed up the phrases quite a bit.)

The founder of my faith

Can "God" substitute for "Spirit"? A companion post to "Do God and Spirit equate?"

In an earlier Red Electric post I replaced "God" in some well known "God" quotations with the word "Spirit" to see how the exercise might illiminate the meanings of the words and their relationship to each other.

In my most recent post, I've done the opposite, replacing "Spirit" in various references to "Spirit" with the word "God."

To see the results, go…

The Future of Quakerism

I often think that we Quakers don’t give ourselves enough credit. We liberal Quakers look at our diminishing numbers and fret about whether our religion is going to be in existence in 100 years or whether our Meetings will just die out. What I think doesn’t get talked about enough is how Quaker ideas have spread into general society.

Jacob realizes he MUST go; the Elohist version of the speckled livestock story appears here. Rachel and Leah see the deception as a way of returning to them the “bride-price” Jacob paid for them, which Laban has “wasted.”  When they leave, Rachel takes the household idols and hides them in her things.  Laban catches up with Jacob and tries to make him feel guilty, telling him he would have sent him off royally, had he only known they were leaving; but his anger is tapped over the household…

I've posed this question on my Red Electric site. I invite Quaker Quaker Friends to respond. 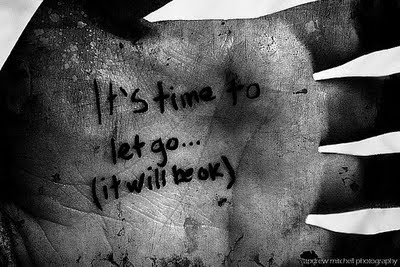 Earlier in the week, I learned an important lesson. The effect was an abrupt about-face that revealed my own flaws and also granted me an opportunity to gain greater wisdom. For over a year, I have been actively involved in almost every aspect of the Young Adult Friend group at my Monthly Meeting. Being so closely invested in the process has provided me a sense… Continue

The heart of the Jacob-Esau story begins in chapter 27. Isaac [Yitzak] is an old man, unable to see at all well any more.  He wants some of the stew Esau cooks, so he sends him off, planning to reward him with his “innermost” [Tanakh] blessing when he returns.  But Rebecca, Isaac’s wife, has a different plan. She calls her younger son Jacob and concocts a plan that will permit him to get the blessing he needs to be carrier of the promise God made to both Abraham and Isaac.…

What It Is About John?

Maybe just my prejudice. Maybe being very conscious of style... and finding no resemblance whatsoever between the style of the synoptic Jesus, and the rather pompous style of John's "Jesus."

I know, I know, John is just being symbolic about Jesus' role in the scheme of things... and every once in awhile there's a really good quote. But mostly it's "I know who I am & Who sent me, and you don't, which just goes to show what a clueless, evil bunch you are..." Mostly…

For three decades, Argenta Friends Press has been publishing the Canadian Quaker Pamphlet Series.  Past topics have included:

*the ecology of flush toilets

*our response to the new world order

*"witness" in the lives of individual Quakers (Note: this blog posting was originally written for the integrallife.com site, which is focused on what is known as "integral life practice" a synthesis of Eastern and Western mystical traditions. I am something of an outlier there as I am here, being a nontheist in the midst of theists. However, the threads there drew me into reflection on the story of Jesus and what…

I gave a message on the First Day that is most often called Easter about Jesus and his always choosing love.  I could see Jesus suffering in the garden and leaving his loved ones to wait as he went to seek the Light....

Then returning to find them asleep.  How lonely he must have felt during his ministry at times like this and when no one seemed to understand what he was teaching/preaching, when he was betrayed/denied, when he was beat and tortured, yet to be raised on a cross and…