In my unprogrammed meeting we have one program and I'm on the program committee that plans it. It's called "Connections," and it falls between the two worship hours. Last Sunday, Pentecost for those who believe in liturgy, we planned for Connections a worship sharing on the topic of departed elders. By "departed" we meant anyone who no longer came to meeting, whether they had died or moved away or couldn't come because of illness or other reasons. By "elder" we meant anyone we had loved and… Continue

The Simplicity of Now

Carrie Newcomer, “If Not Now”

I made it to Meeting for Worship last Sunday, after only intermittent–at best–attendance so far this year. I came to Meeting clothed in a new practice of mantra meditation that I had just started days before, but had already deepened my…

Had an interesting thing happen at the park this morning. I take my dog to the park in Chambersburg and on my way back from the doggy water fountain I saw a woman and two small children coming my way. She wore a long denim skirt (ankle), and a simple long-sleeved Henley type shirt. She also wore a white bun cover. I recognized her right away! I mean, I didn't know her of course, but you know what I mean.
"Is thee plain?" I asked in my excitement. I hope I wasn't too pushy in… Continue

This Beggar's Hands Overflow With Largess...

We think the story of 'the Prodigal Son' is about a repenting sinner finding forgiveness.

Okay. It's about that.

Jesus in Matthew, reembodied after his death, says that his disciples should go back to Galilee, and expect to find him there.

In Luke, instead, he meets the disciples at a village near Jerusalem, and tells them: "Stay here in the city until you have been clothed with power from on high." Whereupon, in Acts, we eventually get that incident at… Continue

Bought a cap and apron...

I went to Katie's Mercantile http://www.katiesmercantile.com/index.html
(thanks, http://quakerjane.com/) looking for a strong apron. Now that I
take the care of my hearth seriously I felt led to dress for it. Like I
said in earlier posts, I wake up, make my bed, wash my face, and dress
for the day from the skin out. Right now house/hearth keeping demands
more respect than a… Continue

Fishing Strategies for the Future 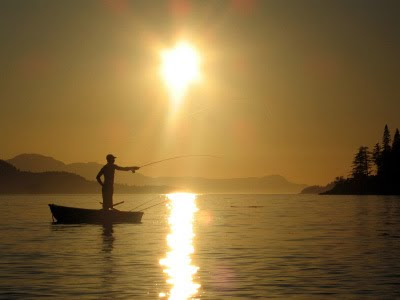 Several of the disciples were there--Simon Peter, Thomas (nicknamed the Twin), Nathanael from Cana in Galilee, the sons of Zebedee, and two other disciples. "I'm going out to fish," Simon Peter told them, and they said, "We'll go with you." So they went out and got into the boat, but that night they caught nothing. But when the day was now breaking,…

It all began far back on a hill in a field about an acre from my first childhood home. Back then, it was an enchanted place for us kids and we called it 'Indian Hill', which would not be socially acceptable today. Back then life was simpler. I didn’t know it at the time, but I believe this special place to be the birthing of My Knowing Place.

I had to walk an acre or so and cross a crystal clear, bubbling brook. It was worth the walk in my creek sneakers, as mother…
Continue

People often misunderstand when I tell them that theology must be understood as a sort of poetry, thinking that this means I disrespect theology. They start babbling things about "poetics".

Poetics is a set of tricks used for light verse and advertising, which are also used in poetry, but only in the sense in which "a bird uses wings."

Poetry is the art practiced by Jesus, William Blake, numerous others, for the purpose of setting forth truth. It is the only method capable of… Continue

"That We Shall Be Made Able to Serve Him"

"This is the end of the testimony of the gospel of our Lord and Savior Christ Jesus, that we may all come to partake of His life, and that by partaking of it, we may live upon it, and being made alive to Him, we shall then be made able to serve Him." (From a sermon preached by Robert Barclay at Grace Church Street, Sixteenth of Fifth Month 1688. Source: The Concurrence and Unanimity of the People Called Quakers as Evidenced by Some of Their Sermons, first published by Andrew Sowle,… Continue


Those who have studied it, even informally, recognize that the Gospel of John is a problematic book on all sorts of levels. The last Gospel written chronologically, many scholars now believe it was, in fact, not written by a direct observer of Jesus' ministry on Earth. It is a difficult book to reconcile with the rest of the Gospels, and I admit I usually steer clear of it for the most part. Certain verses and passages are helpful and some among the most cited in the entire canon, but much… Continue

Being trained in God's way?

Some thoughts about difficult times. I'm trusting that God makes good from our difficulties if we are able to stay on track with God's guidance.

Galatians Chapter 6:
4-5Make a careful exploration of who you are and the work you have been given, and then sink yourself into that. Don't be impressed with yourself. Don't compare yourself with others. Each of you must take responsibility for doing the creative best you can with your own… Continue


I have uncovered some older writings that I will post on the blog "Seeker of Truth and Reality" occasionally as a "track record" of my own search.

This was written and read in 1969, at the age of 25, when I was Clerk of West Branch Quarterly Meeting in Indiana Yearly Meeting. IYM was reorganizing from Quarterly to Regional Meetings and this was the last Meeting of West Branch QM. Most of my current views are remarkably similar 40 years later. This… Continue

Slowing down is driving me crazy! But in a good way.

My house is a mess. I've been a slob for all of my life save these past few weeks when the mess has been distressing me to no end. Why the change in perspective? I think it's as I said; as my mind finds order my spaces must also follow suit. My sister-friend couldn't come today to help me clean, but conversations with her, and with you all, have inspired me to industry in a way that I barely recognize.

I've started in the kitchen. How did I live with this all this time? I ask myself… Continue

This post at BibleMonster got me thinking. The hole he identifies in mainstream christian thinking is one I think Quakers can do well at.

... This theology has grown up inside the sin-salvation paradigm of traditional Christian thinking, in which consequences for sin are deferred to after death (for the individual) and to the endtimes, for…

A basic assumption of a pacifist radical philosophy is that violence and warfare are not limited to the actions of established militaries and their enemies. Violence…

by Caroline Stephen, from Quaker Strongholds, the Fourth Edition, printed 1907
"I believe that asceticism is in a very deep sense contrary to the real Quaker spirit, which desires in all things to abstain from any interference 'in the will of man' with Divine discipline and guidance, and which would, I believe, regard the idea of self-chosen exercises in mortification of the flesh with the same aversion as it entertains for pre-arranged forms of worship.…
Continue

The Meeting Community as a Musical Instrument

This week I was given a significant complement by my mountain dulcimer instructor. Of all her students, she told me, I was the one who put the greatest consideration into bringing out the full potential of the instrument.

Now I can't take full credit for this. My instrument was built by a master luthier. Years of craftsmanship went into everything from the selection of the wood to the careful placement of the frets to the delicate inlay. From the beginning, I knew that I had an… Continue

Before I dive into the details of my new experience/experiment, I will start by stating the facts:

1. I was not raised in a Quaker household.
2. Unfortunately, due to my busy schedule and mobile lifestyle, I do not belong to a Meeting.
3. I wasn't fully immersed into a Quaker culture until last summer in the YALD program and...
4. Even while I was immersed in such a beautiful culture and considered myself a Friend, I feared that my experience of the Divine would be limited… Continue

Providing a Way to Encourage the Best in Other People 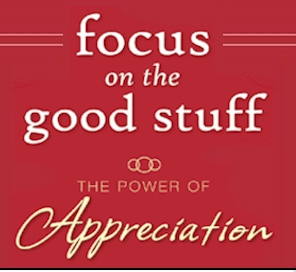 So much of my life I spend cynically griping about the bad side of human nature. The work I do every day frequently centers around a ceaseless source of constant frustration. Seeking strategies to reform destructive behaviors is the basic skill set of many professions and basic activism. Influencing people so that they might understand the correct means of conducting their lives is a substantial challenge and a constant energy drain. I'm sure… Continue