Leviticus 19 – There are many more “Holiness Rules.”

-       You must honor your parents and always keep the Sabbath

-       Eat all peace offerings by the day following the sacrifice

-       Leave some grains after harvesting for the poor and alien

The Wait of the World

"We are not called to make a sick world well. We are called to act well." These words of Arthur G. Gish, as found in his "The New Left and Christian Radicalism", are intended to help us to get out from under the weight of the world. A weight, it seems, like the cartoon depiction of "Fat Albert" sitting atop an adversary. The more one struggles and squirms, the quicker a depletion of strength. And, of course, resistance stymied outward becomes depression inward. The only calling, then, is to…

The Bible As a Community Chronicle 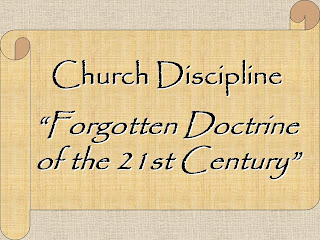 “Friend, can I speak to you outside about something?”

He was amiable enough to that. Worship had concluded with the traditional shaking of hands. I’d deliberately chosen a seat next to him at a new location across the…

Leviticus 18 – Chapters 18-26 are known as the “Holiness Code.” The Schocken Bible editor points out that beyond the “heightened moments” of perception that make human beings feel linked to the “primal powers of existence,” the Jews also longed for a perfection and completeness in behavior “in all areas of life, personal and communal (593).

Leviticus 17  – Every sheep, goat or ox must be presented as an offering to the Lord in front of the Dwelling before it can be slaughtered for food.  The blood needs to be splashed on the altar and the fat burned.

Offerings previously were made to “satyrs” [goat-demons] but this shall be no more (17:7).

This differs from Deut.12 where slaughter is permitted as long as the blood is poured out—scholars disagree which practice came first, Schocken says. …

It’s sad but it’s true, his life ended with tears

his heart was too tender to live with love’s pain

and failed him before he could savor pain’s gain

For like grapes from a vine, that are crushed by a press

our hearts must be squeezed to surrender their best

but too often we run from conflict and pain

and miss the rewards that love’s battles can gain.

For to live is to…

There’s often an underlying tension when one professes to be a member of two religions. There’s the constant challenge of “Well, how can you be both X and Y?” And often one avoids answering the question by either outright ignoring it or starting a long convoluted explanation about how even though these two religions seem to have differences, they’re really not all that different when all is said and done.

Except sure they are, or you wouldn’t find it necessary to be part of…

Leviticus 16 - Day of Atonement—When Aaron goes into the sanctuary he needs to bring a young bullock for a sin offering and a ram for a holocaust.  From the community he shall receive two male goats to the entrance and cast lots to determine which one will be for the Lord and which one will be for “Azazal” - a name for Satan the note suggests—it translates the word as “escaping goat” hence “scapegoat”.  The one for the Lord shall be offered up as a sin offering…

Leviticus 14 – Purification after leprosy.  There are elaborate sacrifices to be made—of all kinds (holocausts, guilt offerings, sin offerings, wave, cereal).

Everything, including the houses used by lepers, must undergo cleansing, both actual and ritual. Cleansing of the house involves a ceremony with two birds that are ceremonially clean.  One of the birds is sacrificed over an earthen jar of water.  Then the water and blood are sprinkled on some cedar wood,…

I had the great good fortune to be a presenter at Iowa Yearly Meeting's Midyear Gathering this year at Bear Creek Meetinghouse near Earlham, Iowa. I spoke on "The Bible in Our Midst." On her blog, LizOpp provides a lovely summary of what we talked about.  Jeff Kisling took a great photo of those gathered. …

Leviticus 12 – Rules governing the “uncleanness” or ritual “pollution” surrounding childbirth.  For seven days after birth of a boy, the mother shall be deemed “unclean.”  After the circumcision on the 8th day, 33 days must pass for her to be over the period of ritual pollution.  It is twice that time – sixty-six days – after the birth of a female child.

At the end, she is to bring animals – a one-year-old lamb and a young pigeon or turtledove - for a…

Love is my religion

The following is a reflection from ESR student Christie Walkuski on the 2013 ESR Willson Lectures:

The paradox of our faith, and for me one of the beautiful mysteries of the unity of God, is that when we, in our own shame and hopelessness, stand in the horrifying absence…
Continue

Leviticus 11 – On clean and unclean foods at the ordinary Jews’ table. Schocken Bible note points out that the domestic table was considered an “altar in miniature” reflecting the fact that Israel was considered a “kingdom of priests.”

Debate continues over the rationale for the dietary constraints imposed by the Mosaic Law.  Schocken thinks the argument from ancient “hygiene” concepts is weak.  He thinks they relate more to simply setting “distinctions” and boundaries again. …

When has the Light come to you through the presence, wisdom or generosity of others?

Chapter 12 of Minding the Light: Our Collective Journal is now available online and attached as a PDF file below.  For this chapter, we invited Friends to respond to the query, "When has the Light come to you through the presence, wisdom or generosity of others?"  We received 15 responses.  The 12 stories and 3 images illustrate how the Light is revealed in community.  In our life together, we serve, find healing and receive new insights.

Minding the Light is a…

The Bible As a Gift

This is the first in what I am imagining as a series of posts about the Bible in which I want to say how and why I find the Bible essential for my spiritual life. I hope these musings may be useful to others. I know the Bible has come more to divide Friends than hold us together, but I believe it could be useful in our finding greater unity among Friends. The reflections in…

OMG - seen and heard, as "Oh my God", ubiquitously these days. I just wonder about the relationship that "my God" implies. Is it profiting from a gold mine("God is mine") or is it hidden treasure that I love, but won't exploit for my own advantage?

Yesterday was "Earth Day"; and, for some fossil fuel/raw material enthusiasts, a celebration of profiting from a gold mine(perhaps literally). "The earth is mine" - OMG!

Yet, I believe that those who dutifully/truly celebrate…

Leviticus 9 - On the eighth day, Aaron is to address the people, offering up a calf (hattat-sin) and a ram (holocaust–offering up) and encouraging the people also to offer up like offerings (he-goat sin offering, calf yearling and lamb yearling holocaust, an ox and ram for peace, and cereal offerings) “for today, YHWH will make-himself-seen by you!” (9:4)

When Moses and Aaron come out of the meeting tent at the end, “then the glory of the Lord was revealed to…

Gazing At the Bomber With Fear and Fascination

Over and over, CNN and ABC, CBS, NBC (I am repelled from Fox) show me the face of Dzhokhar Tsarnaev: the slightly sad, uncreased face of a man-boy, crowned by an appealing mop of hair.  These channel-constructors of reality endlessly replay the events, lionize and scorn, and hint darkly at things that ought to have been done or ought now to be done in the name of safety.

Leviticus 7 – Instructions for the Guilt Offering: The ceremony for making guilt offerings—the priests may eat of it as with cereal offerings and sin offerings.  The peace offering is different.  They are made in thanksgiving, and may include loaves of leavened bread along with unleavened cakes and an animal.  A portion of each shall be for the priest, but any “clean” or “unpolluted” person may eat of it too

The fat of ox, sheep or goat is not to be eaten…