The Significance of William Rogers Historical Documentation written in 1680

William Rogers states in his book "The Christian-Quaker ..." that his specific intent was it is a historical document set down for posterity so that future Children of Light may know the testimony of those founding Quakers who did not follow other founding Quakers who institutionalized those gathered in the inshining Light.

In the First Part of his book Rogers writes on pages 41 and 42:

"Oh, Friends! away with all such discourse, that tells you in one Line, that no Man, Men, no…

Do not Borrow or Steal in the face of ridicule, innuendo, and characterization.

When the measure of presence or illumination of the inshining Light is so strong and bright that identity, meaning, and purpose, is complete in the Light ( or inherent self-existence) itself without reference to any other outward forms, traditions, feelings, ideologies, institutions, practices, etc., then ridicule, mischaracterization, innuendo, caricature, and illusions, do not deflect or turn from direct Witness (or inherent self-existence) itself in itself. That is, the heritage of…

Let me set the stage; The Buddha is 12 feet tall and 12 feet in diameter, sitting cross-legged with fingertips and thumbs touching in it’s lap. It was carved from 11 pieces of wood and joined together. The room was 16 feet by 20 feet, with a 14 foot ceiling height, dimly lit by back-lighting. Other than the sculpture the only things in the room were two simple benches against the wall. It felt like a small temple.

I was spending the afternoon in the Rhode Island…

Then the priest of Drayton, the town of my birth whose name was Nathaniel Stevens, came often to me, and I went often to him; and another priest sometimes came with him; and they would give place to me, to hear me; and I would ask them questions and reason with them. This priest Stevens asked me, why Christ cried out upon the cross, ‘My God, my God, why hast thou forsaken me?’ And why he said, ‘If it be possible, let this cup pass from me; yet not my…

In his booklet “A Revolutionary Gospel,” Lewis Benson writes of three stages of work that seventeenth-century Friends undertook: the first in the sequence was turning people to Christ through preaching the Word (the substance of vocal ministry), which reached to the witness of God in others (convincing/convicting of sin); the second stage was settling and establishing the newly convinced, which entailed repentance and amendment of life; and the third was building on this newly laid…

Although I believe poetry (and worse) sometimes belongs here, the format-editing capabilities of the site don't lend themselves to proper single-space line divisions,

so here's the link.

Lessons from Jesus in the big city

For inspiration and learning, I read a page or two of devotional literature as I start my morning prayer time.  In early December, I usually read some prophet–Isaiah or Jeremiah.  Close to Christmas, I start a…

Outward Arbiters and Judges of Truth

"I overestimated the media. My profession is no longer a trusted arbiter of the truth, which means the country lacks a common set of facts around which to argue."

It is such a blessing to know a way of existence wherein the direct and unmediated experience of inshining Light itself is sole arbiter without regard to any outward social or civic professions whether political, religious, or economic. To witness the indwelling…

Conscience ... the throne of Christ

James Nayler writes of the:

Be Cautious with Revolutions 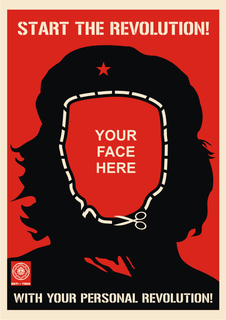 A study of the past shows that times of great societal reform often come only from armed combat. This is a disquieting thought to those who espouse non-violence and peaceful reconciliation. The English Civil War led directly to the formation of the Religious Society of Friends. The Puritan Revolution, it is sometimes termed, was a grand and dramatic epoch where, as…

Mary Coelho has spent several decades delving into the seemingly contradictory ways of understanding how the world of science and the religious can coexist and thrive.

After experiencing a mystical experience at age 29, she felt compelled to find an explanation for the experience. In fact, she had come to know experientially of a powerfully healing and attractive dimension of life not addressed in…

On taking an in depth view of the faith restored to me by my Quaker upbringing, I would like to make a few observations, one being that the Quaker mission is to seek the truth, the second being that Quakers profess our love to be of God’s…

On taking an in depth view of the faith restored to me by my Quaker upbringing, I would like to make a few observations, one being that the Quaker mission is to seek the truth, the second being that Quakers profess our love to be of God’s…

When have you experienced traveling mercies?

Chapter 24 of Minding the Light: Our Collective Journal is now available online and attached as a PDF file, below. For this chapter, we invited Friends to respond to the query, "When have you experienced the Light away from home?"…

Contending over the Shell and not the Kernel

In William Roger's preface to his historical documentation (Written in 1680) of the disunity that arose within the gathering of the Children of Light (Quaker) over the establishment of outward frameworks to assist governance of the gathering as a whole he writes:

[The institution builders say] ... "let us have an eye to the Brethren: Further insinuating, as if God, had ordained Ministers amongst them, that are to see and hear for the Body, and common Members of the Churches, ... I…

“This isn’t working. We need to start over.” Virtually nobody ever wants to hear that. Our natural tendency is to protect our accomplishments and hang onto what we’ve got, even if that might not be good for us. Our brains are not designed to assess risk accurately. We underrate the risks of the mundane (cars, bathrooms) and overrate the risks of the dramatic (airplanes, tornadoes). The Known typically appears safer than The Unknown.

Americans are no more likely to be killed by…