Here's a series of blog posts on Quaker revitalization -- from a prairie viewpoint.  Here are a few new posts I've written on revitalization -- based on organic renewal.
http://holyordinary.blogspot.com/2014/02/fallowness-and-quaker-renewal-prairie.html…

Watching against those who have an aversion to immediacy so that the pottage does not slip between.

Early in John Wilbur's labors against those who did not have faith in a consciousness anchored in and a conscience informed by the immediacy of Presence, Betsy Purinton wrote these words to him in a letter:

The longer I live, the more I feel the necessity of a deep indwelling with the spirit of Divine life, and as my dear, aged kinswoman, (Comfort Collins,) used to say, neither ' borrow nor steal,' however in want ; and this is not all, but to be content with our little,…

Making Room – From "Small and Full" to Spacious 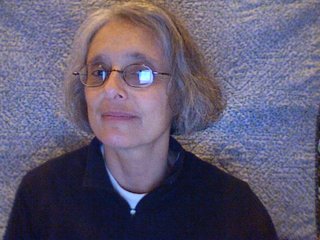 We live in a period of high demand for our energy, attention, and time. Multitasking, efficiency, and accomplishment are widely held up as virtues…

as a follow up to my thoughts on business in superfluities and bad examples, I offer a (top ten) list of attitudes and behaviours to follow John Woolman in today's context. These examples are meant to show how I apply the rather abstract thoughts to every day life. They are part of my lived testimony of simplicity.…

Political activism is the agitation of human being to anchor consciousness and inform conscience in outward political agenda. It is a lack of faith in the immediacy of Presence as the anchor and guide of human being in human and worldly events.

Political and religious professors and activists seek to avert human being…

God and other artists are always a little obscure

I recently finished reading the new novel by Sue Monk Kidd The Invention of Wings. In the story, the main character in the process of becoming a Quaker, sits in Worship, trying to discern the will of God in her personal life. This was the turning point in the story.

The Message of Christ free from canonical testimony in Immediacy.

Normally, consciousness is anchored in and conscience is informed by external forms or by externalized borrowed experience in the form… 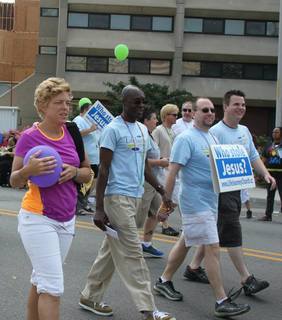 Napoleon Bonaparte is quoted, "I measure my dreams with the calipers of reason." Indeed, progress, as much as military victory, is about calculation. The rule that guides the calculation, however, is the caliper; for there needs to be a stable starting point from which to move and measure results.

Whether secular or religious progress, history and geography are the fixed points of the caliper rule. The fact that there is both a history and a geography associated with divine…

Observation of the natural world and Sanctuary.

There was a time in my life when the observation of the natural world was Sanctuary (among other outward activities like the Church, or teachings of others, or political activism) and the immediacy of Christ was secondary.… On Business in Superfluities and the Influence of Bad Examples

I had the opportunity to participate in a recent retreat of the Switzerland Yearly Meeting on the Spirituality of John Woolman. Here are some personal reflections:

On Business in Superfluities and the Influence of Bad Examples

Some seeds fell by the wayside

My seeds are sprouting nicely.  Of course they were dropped right in the middle of a "rapid rooter" so no seed were wasted, something that didn't bother Jesus' sower who is more concerned with the soil into which the seed is sown than the seed itself (1 Timothy 2:3 &4: For this is good and acceptable in the sight of God our Saviour; Who…

I recently re-upholstered a wing-backed recliner for a family member. She has lower back problems so a bolster was created (tailored to her needs) to support her lower back and give… 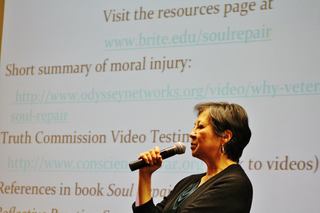 Rita Nakashima Brock's work as the co-creator of the Soul…

Religious Expression and House of Cards The second season of the acclaimed television drama House of Cards was finally released at the end of last week. For those of you who have not seen it, I highly recommend the series. The entire season, all thirteen episodes, was available to view at one time. Like many, I binge watched over the weekend, though I’ve slowly been savoring each episode…

The End of the World - and what happened next

Are you anxious about global warming, the repeat waves of recession, government shut downs, or any other discernible sign of an impending apocalypse?

The end of the world has been a popular topic for centuries, but none of the doomsday scenarios so far have caught my attention. But I feel inspired by the thoughts and queries shared by Ben Pink Dandelion, a Quaker scholar from England.

The Unseen Complexities of Class Identity When I was still living in the Deep South, I attended a small church. By small, I mean that by megachurch standards it was tiny. Within easy driving distance of my childhood home, one could find several such institutions. I used to dismissively call them “Six Flags over Jesus.” Speaking for myself, I’m more comfortable in relatively small religious settings. The…

The Case of 1st Amendment vs. 1st Commandment

1A: Like democracy itself, we applaud the Court of Quaker Opinion as the voice and rule of the people.

1C: Like a theocracy, we hearken to the voice and rule of God.

1A: The basic human rights of the individual are both self-evident and inalienable.

1C: Because they are given by God, yet poorly guaranteed by democracies.

1A: Precisely why we reverence a system of government that allows an amendment to guarantee liberty of conscience.

Shedding the cloak of religious words and baggage.

There is another way:

Short-form
A consciousness anchored in and a conscience informed by the activity of intuition.

To experience such a consciousness and a conscience is…

The day I met God on the tube train

Once upon a dream, in what seems almost like a fairy tale now,  I lived for a short while in a city that felt like a second skin. I have many extraordinary stories of moments that made me think "I am exactly where I am suppose to be" but perhaps my favorite is the morning I met God.
One sunny spring morning, groggy and wishing for a cup of tea, I was navigating myself back home from the suburbs of the city I love…