"A Quiet life in the City" 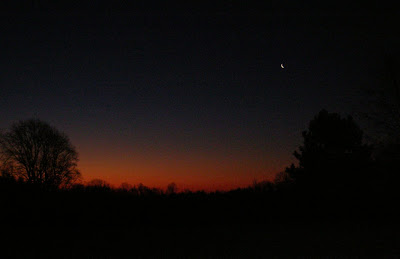 Advices in the Active Voice - A Meat-and-Potatoes Paraphrase

Please check out my new post on my "Brooklyn Quaker" blog.

Standing around the Cross

Many watched . . . as Jesus and the other two men were hanging on their crosses.

Many watched . . . wanting Jesus to come down off the cross with his power . . . to show everyone who was right and who was wrong.

Others watched . . . with the intent of proving their decisions were correct about Jesus.

Some watched . . . without any feelings.


If you were alive at that time? What would have been going on in your mind?

Gift Community: the Kingdom of God Here and Now

My family went to Egypt and saw the violence of extreme poverty for ourselves. Dr Sharp's 198 non violent methods to challenge tyrannies  helped to bring down Mubarak. They are the best way to challenge oppression across the world, wherever we encounter it.

The Methods of Nonviolent Action

"Only Breath" by Rumi (as translated by Coleman Barks)

Not Christian or Jew or Muslim, not Hindu
Buddhist, sufi, or zen. Not any religion

or cultural system. I am not from the East
or the West, not out of the ocean or up

from the ground, not natural or ethereal, not
composed of elements at all. I do not exist,

am not an entity in this world or in the next,
did not descend from Adam and Eve or any

origin story. My place is placeless, a trace
of the traceless. Neither body or…

For the first time, I found myself asked to explain my faith and practiice to coworkers. Not due to any spiritual revival, but because a cable TV program has a Quaker character. Unfortunately, it was not Fox’s compelling and revolutionary insights that fascinated them. Instead they were stuck on one point - “You sit for an hour and do nothing?”

I explained that we pray, we meditate, but most important, we listen.

“So, you really don’t do anything for an hour.”

That original isolated Quaker called George Fox had learned plently about Christ before he knew him 'experimentally'...

To Whom Do We Listen?

You have heard that it has been said, an eye for an eye and a tooth for a tooth: But I say unto you that you resist not evil, but whosoever shall build up their nuclear weapons, take down all your defensive weapons. And if any man will sue you at the law to obtain open housing, offer your help in buying him a house in your neighborhood. And whosoever shall compel you to work eight hours a day, work for him… Continue

If I were to truly live in the moment attentive, centered in the presence and obedient, other thoughts and images only clutter the landscape.

Who are the friends of Truth?

It is good that Friends shortened their name from the older "Friends of Truth" because true friends of Truth are by no means restricted to one society. Many are walking around loose, unaffiliated.

As I look at my window and see the fresh fallen snow, I can't help but see the beauty in it. The ground is covered in at least 2 feet of snow and more is on it's way. I don't mind the snow,it gives me comfort. The fireplace roars to keep the house warm. This beauty is a gift.

The struggle between Good and Evil

The news media today seems  insanely  driven  in its efforts to overturn the current governments in power in the Arab world.   The US media does not understand Arab culture, or Islam.   Every time a revolt happens countless numbers of innocent  humans are slaughtered in the name of change.  Just look at the history of Afghanistan for instance.

Anyone with common sense is flabbergasted at the destruction of some of the national treasures of Egypt.  What drives a person to…