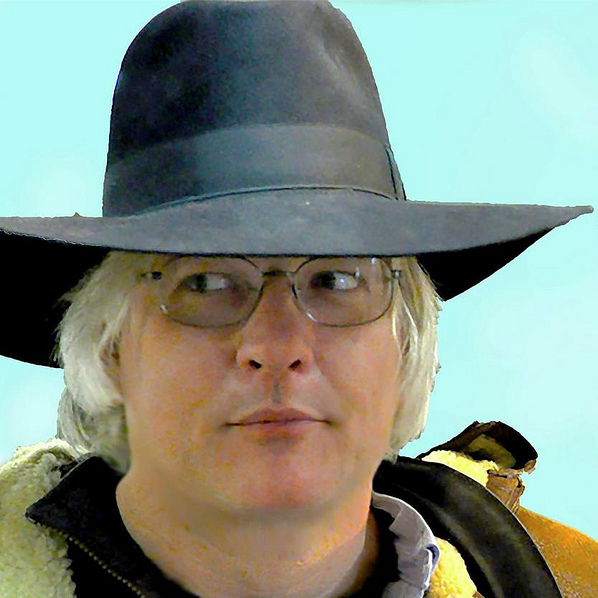 Per continuing revelation, God was pissed at humans to the point of aborting the whole experiment, twice in His own words (Holy Scripture).First was the Garden of Eden debacle, wherein Adam & Eve…Continue

From My Online Journal (re Race)

Once you get to garb and/or language it's looking more and more like ethnicity. Italians aren't a race on the check box forms, but there's still citizenship and/or heritage.The computer game…Continue

Kirby Urner commented on Marcia P Roberts's blog post 'No respector of persons'
"Methinks "mental illness" (vs. "physical illness" -- hard to part them) is underused in Christian discourse, where we tend to prefer the word "sin". Then we get judgemental, as the word "sin" triggers images…"
2nd day (Mon)

Kirby Urner commented on Rainer Möller's blog post 'Quakers unto the Civil War'
"The research I've done suggests many middle class antebellum Quakers were annoyed by abolitionists, who before the Civil War were called "immediatists". They wanted some immediate solution.Many meetings considered immediatists to be a…"
2nd day (Mon)

Kirby Urner replied to Kirby Urner's discussion 'Exhibit: some Friends discussing Racism'
"Me on Facebook, Jan 2, 2021https://www.facebook.com/thekirbster/posts/10158433450767012:43 Countering racism by undermining the very concept of "race" is something you'd think the postmodernists would embrace, what with their famous…"
1st month 2

From: kirby urner <kirby.urner@gmail.com>Date: Tue, Dec 15, 2020 at 9:49 AMSubject: Re: [MFM - Friends for Racial Justice] The Inner Work of Racial JusticeTo: Racial Justice Study and Action GroupI liked the Rhonda Magee recording.As an expat, I got a lot out of Tiffany's story. She was raisedto identify as Japanese, then brought back to America byher missionary parents so she could learn about Americanracism and therefore be more bicultural:…See More
12th month 15, 2020
1 Comment 0 Likes

Per continuing revelation, God was pissed at humans to the point of aborting the whole experiment, twice in His own words (Holy Scripture).First was the Garden of Eden debacle, wherein Adam & Eve discovered moralizing and started to argue endlessly, losing their innocence and happiness forever, but building their vocabularies (using their words more and more) and developing mental powers almost up to snake level (much higher than ape).By the next generation of Cain & Abel, the humans…See More
11th month 17, 2020
0 Comments 0 Likes

Although Sam Hill's attempt to found a agricultural community of Friends was unsuccessful, his life achievements place him in the pantheon of great Americans...
10th month 9, 2020
0 Comments 0 Likes

"The Industry Industry Missed" (A Meme)

The history of American literature includes the philosophy, and futurism, of R. Buckminster Fuller. Given our historical framework, let's give that philosoph...
9th month 20, 2020
0 Comments 2 Likes

Kirby Urner replied to Kirby Urner's discussion 'Racism: A Lesson Plan'
"I appreciate your taking an interest, William, and yes, that's right. Ancient Mithraism was seen as a rival of the younger Christianity, presumably in high places.One story is Emperor Constantine made Christianity the official imperial religion…"
7th month 24, 2020

Kirby Urner replied to Kirby Urner's discussion 'Racism: A Lesson Plan'
"Indeed, in other threads I have taken up the primitive Mithraic roots of Christianity and by extension Friends. Mitra means Friend. Quakers mean business.  Merry Christmas in July! Given I'm becoming so expert in the primitive roots of…"
7th month 23, 2020

Kirby Urner replied to Kirby Urner's discussion 'Racism: A Lesson Plan'
"Marcia, thanks for your interesting comments. Observations of our chimp cousins by Jane Goodall et al suggests a lot of our behavior is recognizably primate. I have respect for our branches in the hominid family, more about which we're learning…"
7th month 23, 2020

Marcia P Roberts replied to Kirby Urner's discussion 'Racism: A Lesson Plan'
"Seems doable. Tracing sexism and homophobia can be similarly tracked through scripture. I am not sure about the human need to "fear" the "other." Is that endemic to our species, or others as well? Inter species breeding produces…"
7th month 21, 2020

Critique? Undergoing peer review from Facebook friends:About Racism (a lesson plan) Me: memetic, ethnic, cultural, software Me: genetic, physical, hominid, hardware Memes are not just miniature billboards on Facebook. I'm stealing from Dawkins ("borrowing") and making memes mean a lot more than commercial jingles or fragments from films. Memes comprise the "daydream" of what one muses about, considers. Memes come up in meditation, sometimes from deeper levels than Surface Me. A lot of memes…See More
7th month 21, 2020
6 Comments 0 Likes

About Me
Lots online.

While I agree with your sentiment to it is not about either/or.

The very nature of the former is to break up into various outward "brands," as you say, while the later has no real issue with outward branding because they do not participate in that way of existence. They profess no outward marks, forms, or practices by which they themselves or others may know them as under the pale of direct and unmediated Presence itself in itself. It is the establishing of outward forms that nurture the manifestation of various brands. Those early Quakers, who followed Foxonian innovation, and eventually turned back again to established outward ways, practices, and traditions, nurtured the manifestation of the various brands that now make up the Quakerism of today that is anchored in and informed by outward forms.

There has been those from the beginnings of the Children of Light, as there are today, who are not  stakeholders in the establishment and perpetuation of any outward religion, practice, tradition, politic, economy, institutions, etc. so that there is no occasion for branding or disunity amongst those gathered into and governed by direct and unmediated Spirit itself in itself.

Anarchy is the lack of governance. The Children of Light whose conscious is anchored in and whose conscience is informed by Presence know the direct and unmediated governance of the same Presence itself in itself.

I'm a Wittgenstein student and don't buy that names point to things, even in the simple case. Words are tools and their use defines them, not some mysterious "pointing". "Language on the one hand, real object on the other" -- that's a simplification that only gets one entangled in confusions.

Mathematics is not metaphorical if it's not trying to be "about" anything beyond itself. Chess, the game, is not really a "metaphor" for a war either, or if it is, it's not a war like we've ever seen. Games have their own integrity. They don't need to be "metaphoric".

Note: Santa and Satan differ only by letter arrangement, like Dog and God.

Thanks you for your words.

Yeah, it's a little backasswards how this works -- but then we don't end up with all the liter in the same place. I really agree about The Exam; I get Spot Quizzes instead. (I don't always like the way these turn out!)

I did a poem once abt:

'Practice the corpse pose;it will be on The Exam'

but then so are sunsets.

The trouble with "How effective were you as an activist?" is that Jesus would have flunked that one. So maybe it's not such a good question. At best (unless you died of being thumped by a cop) you'd still face a further question: "Yes, but what have you done for Me lately?"

I'm liking your last rant over on Keith's piece (where it really is slightly off-topic, alas!)

But (begging the question of whether there is such a thing) I really can't see "How effective were you as an activist?" being among the questions on The Exam.