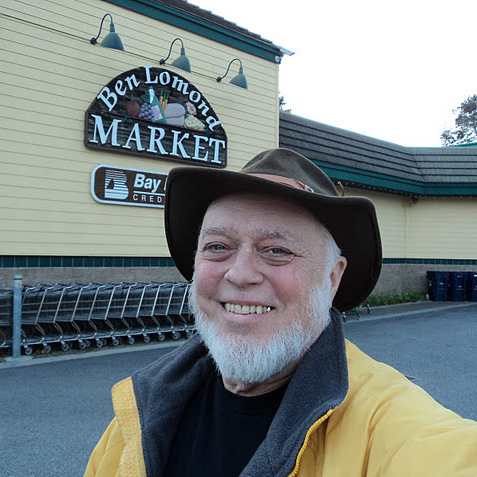 Excerpted from my blog at WordPress.comWhen I was on staff at Pendle Hill we had a weekend staff workshop. We took the Myers-Briggs Type Inventory (MBTI) which categorizes people on four dimensions…Continue

About Me
I live in Brookhaven, Pennsylvania with my wife Patricia Daly and our cat Nabi (나비=butterfly in Korean). I have an adult son Geoffrey, who lives with his wife Yeji (김예지) and their son Solomon, and works in Media, Pa.; and a stepdaughter Natalie, a social worker who lives with her wife in Kimberton, Pennsylvania.

I am convinced of the gospel (Mark 1:15) in its Quaker understanding ("Christ has come to teach his people himself"). Pat and I are members of Goshen Monthly Meeting (PhYM).

I also believe, with John Woolman, "There is a principle which is pure, placed in the human mind, which in different places and ages hath had different names. It is, however, pure and proceeds from God. It is deep and inward, confined to no forms of religion nor excluded from any..."

After my convincement in Annapolis I accepted employment at Pendle Hill where I remained with my soon for two and a half years in the late 1980s and have since led workshops there. I represented BaYM on the General Board of Friends United Meeting in the 1990s. I hold an M.A in Theology from Villanova University. Now retired, I continue to offer workshops in Quakerism and the Bible as requested.

My experience in Korea has greatly influenced my life (my first wife, and mother of my son Geoffrey, is Korean; as is my daughter-in-law, 김예지, mother of my grandson Solomon). My early spiritual life (which began around age 30) was Buddhist and was closely tied to the martial arts. I continue to practice the Taoist discipline of Yang style Taichi-Chuan.

"Thanks for this posting. I listened with enjoyment."
55 minutes ago

This past week, on a program sponsored by the OnLine Book Club, the MJC book was the "Book of the…See More
7 hours ago
0 Comments 1 Like