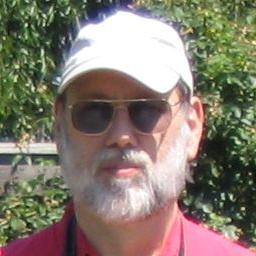 About Me
I was a Quaker for about 4 decades - longtime member of a liberal meeting while also an affiliate member of a Conservative meeting. Dropped my membership in Friends and joined Cedar Ridge Community Church in 2005. In 2013, I joined Friends of Jesus - DC Metro Area, an independent Christian Quaker group, while retaining my membership in Cedar Ridge. I was interested in Christian renewal among Friends, and in cross-fertilization between Friends and the Emerging Church movement. I became active not only locally but in Friends of Jesus Fellowship nationally, serving on the Workers Group and active in our twice-yearly Gatherings. I have now left Cedar Ridge, and in the absence of regular Friends of Jesus activities locally, have become a Congregational Member of Dayspring Church. one of the Church of the Saviour faith communities. Dayspring is non-pastoral and uses Quaker business process. I also run QuakerInfo.com.

Merry Christmas, Mr. President, to you and your lovely family.

In your Christmas radio message you said, "many are fighting halfway around the globe – in hopes that someday, our children and grandchildren won’t have to." I believe that you were sincere in saying that, but I ask you to look at that statement in light of the facts of history.

Many of your predecessors said the same thing with respect to the wars they were fighting. People on both sides of every war seem to say… Continue

Bucky Fuller is credited for popularizing a lot of memes, some of which developed into full-fledged…See More
6th day (Fri)
0 Comments 0 Likes