Our Friends Meetings Need to Become a Good Samaritan Like Starbucks

While Friends Meeting wrangle over organizational rulings and theological conflicts,
millions of refugees are suffering and in desperate need of help!

This sadly reminds me of how our Friends Meeting decided not to help Iraqis during the Iraq War. The leader of our Social Concerns group opposed the name of the outreach organization working in Iraq, because it had the word "Christian" in its name--Christian Peacemaker Teams--and because we didn't have a lot of funds:-(.

And now, allegedly 80% of Evangelical Christians (white) oppose bringing many thousands of these desperate humans displaced and suffering to the U.S.

Have they forgotten the story Jesus, the son of human, told? 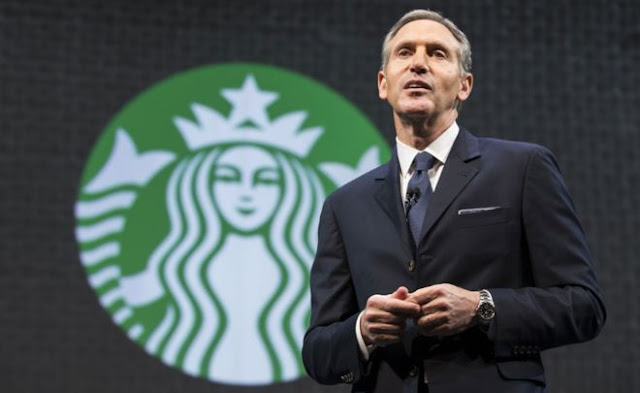 Instead, millions of Christians hold to self-centered views like this famous Christian leader, Dr. Robert Jeffress: "I don’t care about that candidate’s tone or vocabulary, I want the meanest, toughest, son of a you-know-what I can find —
and I believe that’s biblical...because I realized what God had done” to save this nation by electing Trump. “To me, it was so obvious that God had intervened in that situation...intervened for Christians in this country...I think we got a reprieve, we got a little bit longer in this country to share the Gospel..."
DayStar.com, etc.

WHAT IF INSTEAD, ALL OF US FOLLOWED THE LEAD OF STARBUCKS?

BBC News Item
"Starbucks has pledged to hire 10,000 refugees globally over the next five years...chief executive Howard Schultz said...with deep concern, a heavy heart and a resolute promise..." Recruitment will begin in the US and focus on people who had served or supported the military.

The recruitment pledge was "a concerted effort to welcome and seek opportunities for those fleeing war, violence, persecution and discrimination", he said. Starbucks operates more than 25,000 stores in 75 countries worldwide."

Silicon Valley heavyweights including Facebook, Google and Tesla have made public statements, while Airbnb is offering free accommodation to people affected by the travel restrictions and unable to get into the US."
BBC News

What if our Friends meetings in North Carolina, Northwest Yearly Meeting, and many other spiritually focused groups would take a break from in-house disagreements and instead entirely focus for a while on rescuing countless refugees like the secular business Starbucks is doing?!

What if other businesses would also make plans to hire some of these millions of displaced, impoverished, needy Syrian refugees, (and others)?

Even more important, let us as seekers of the Light, reach out to refugees.

Posted by Daniel Wilcox at 9:40 AM No comments: Links to this post

Robert Cowper replied to William F Rushby's discussion 'Rut, Rot or Revival: The Condition of the Church. by A.W. Tozer'
"Some evangelicals are open to things. It is schisms as is case for any religions…"
6th month 24